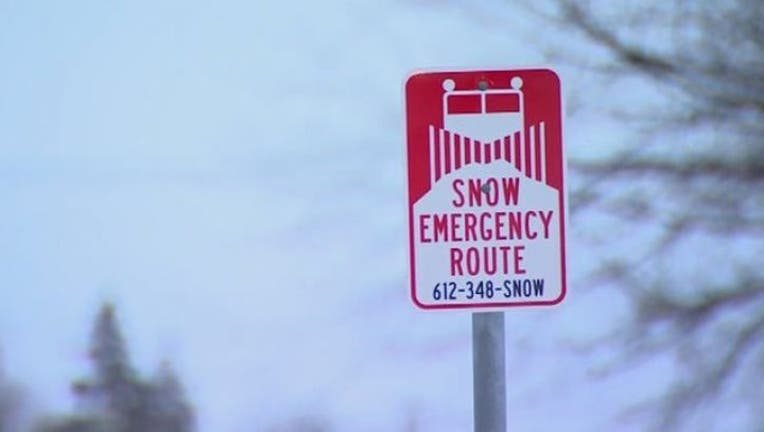 Snow emergencies have been declared in Minneapolis and St. Paul starting December 10, 2021 (FOX 9)

MORE: A list of Minnesota cities that have declared a snow emergency

Use the Street Lookup Map to view Snow Emergency Routes. The map can help you figure out which side of a street is even or odd if there are no addresses to check.

Beginning at 8 a.m. Saturday, all DAY PLOW ROUTES will be plowed. Do not park on Day Plow Routes. Day Plow Routes are not marked by signs. If there are no "Night Plow" signs posted within the block, then consider it a Day Plow Route.

Always follow all posted street signs. Do not park vehicles where signs indicate "No Parking." A Snow Emergency lasts 96 hours, or until December 14, 2021 at 9 p.m. To avoid a ticket or tow, do not park in areas where streets are not plowed to the curb.