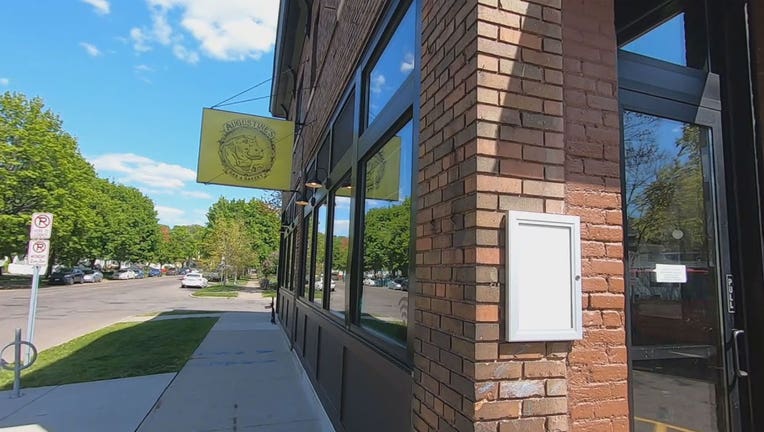 Augustine's, in St. Paul, will pay all of its employees the same living wage.

ST. PAUL, Minn. (FOX 9) - A neighborhood bistro in St. Paul that is set to open next week says all of its employees will earn $20 an hour.

With the pandemic winding down, Augustine’s Restaurant in the Union Park neighborhood is cooking up a big reopening plan.

St. Paul bistro plans to pay employees $20 an hour with no tipping

A neighborhood bistro in St. Paul that is set to open next week says all of its employees will earn $20 an hour.

"We have to do better than just paying somebody enough money to scrape by, paycheck-to-paycheck," said Augustine’s Consultant Lenny Russo.

The wait staff, the cooks, the dishwashers and the bartender will all make $20 an hour with benefits. There is no tipping or tip line and no service fee. The bill is what it is, with food ranging from $12 to $28 and with portions that are enough for one person, likely not enough for leftovers.

"I don’t know that they’re necessarily paying a higher price," said Russo. "I don’t believe they are. I mean, if the check comes to the table and that thing is $24 instead of $28 and then they have to leave a tip, they might even actually get away cheaper."

Russo says it’s about doing more than just talking about change; it’s about action. While the kitchen workers will likely make more than they used to, the wait staff may not, especially on busier nights. Most applicants are millennials, who Russo says understand the issues.

The goal is for Augustine’s to have its doors open May 20 with limited hours Thursday through Sunday. As the business grows, however, the owner hopes to expand those hours.