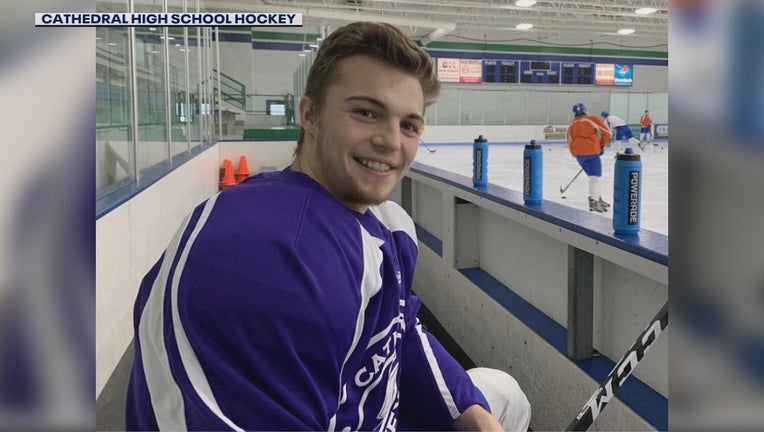 At their rivalry game Thursday, St. Cloud Cathedral and St. Cloud Crush honored Motzko with a ceremony before the game and the unveiling of a plaque that will hang at the Municipal Athletic Complex or "MAC" in St. Cloud.

"He was such a great kid, the family is such a great family, we wanted to do something that would tie together the community," Jeff Hess, head of the St. Cloud Cathedral booster club said.

Motzko played for Cathedral for several years in high school and his family was extremely involved with the hockey community in St. Cloud including his dad, who used to coach the St. Cloud State University Huskies. 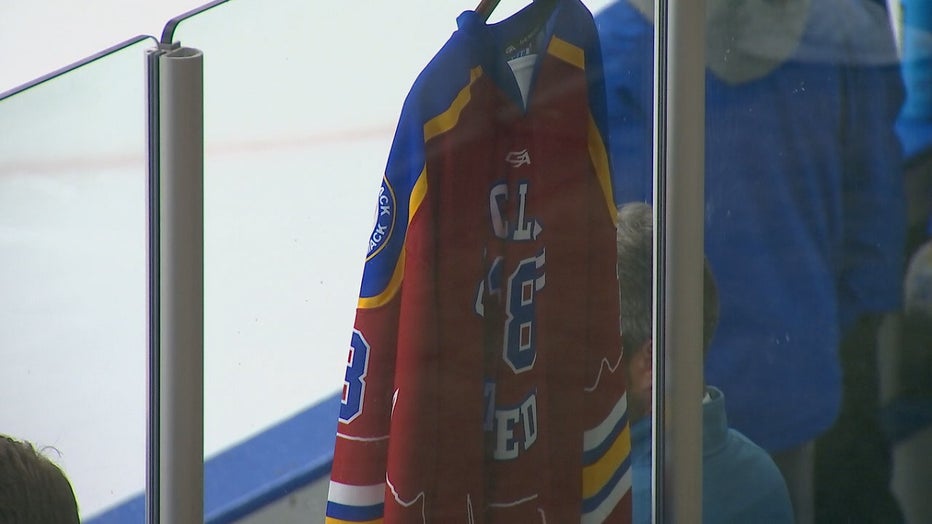 Motzko and 24-year-old Sam Schuneman were killed after authorities say the driver of the car they were riding in, 51-year-old James Blue, drove off the road and crashed. Authorities say Blue’s blood-alcohol level was twice the legal limit.

"It was devastating. It was one of those moments where you look back, and it puts a lot of things into perspective about what’s important," Cathedral head coach Robbie Stocker said.

Stocker coached Motzko in youth hockey and stayed in touch with him after graduation. Stocker says Motzko’s connection to the St. Cloud hockey community was so strong, he decided to return to Cathedral even after his family moved to the Twin Cities when his dad got the coaching job with the Gophers. 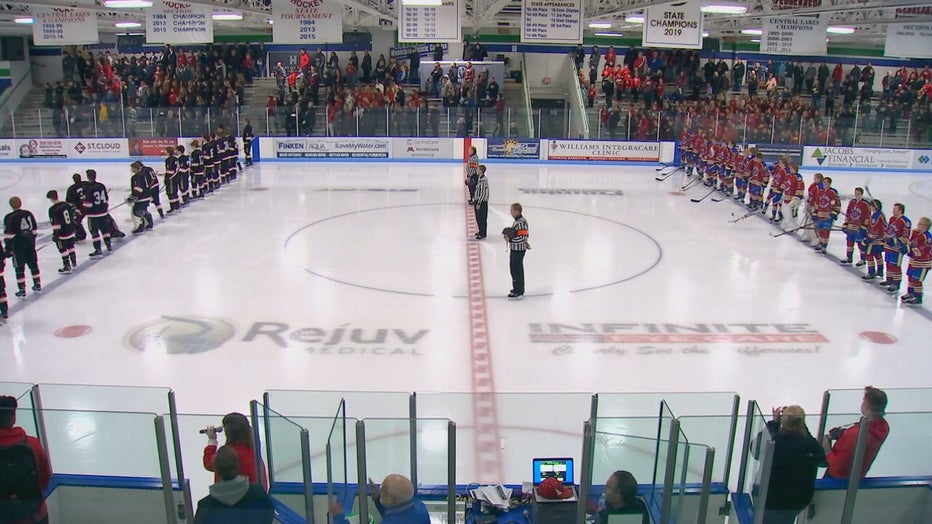 "He’s one of those people that has a legacy that went way beyond college graduation," Stocker said.

A plaque honoring Motzko will hang at the MAC and other families who lose loved ones can add names to the memorial wall in the future. On Thursday, Cathedral players wore jerseys with Motzko’s name and a patch honoring him. Those jerseys were auctioned off to raise money for the Hugs for Mack Memorial Fund. Those funds will be donated to the Central Minnesota Community Foundation.