For a decade, Bill Ewald has put his life on the line as a volunteer firefighter for St. Bonifacius Fire Department. But now he is facing his biggest battle yet.

ST. BONIFACIUS, Minn. (FOX 9) - For a decade, Bill Ewald has put his life on the line as a volunteer firefighter for St. Bonifacius Fire Department. But now he is facing his biggest battle yet.

"It was a shock. Now I've embraced it," said Ewald.

Ewald says he started losing weight and having to urinate more frequently after the beginning of the year. It wasn't until friends and family convinced him to get checked out by a doctor that he was eventually diagnosed with prostate cancer.

"Denial. Denial. But when reality set in that it was cancer, that's when it really hurt," said Ewald.

Studies show 68 percent of firefighters will be diagnosed with cancer, compared to 22 percent of the general population. Firefighting advocates believe firefighters are exposed to toxins in smoke, which are then absorbed through their skin despite their protective gear. 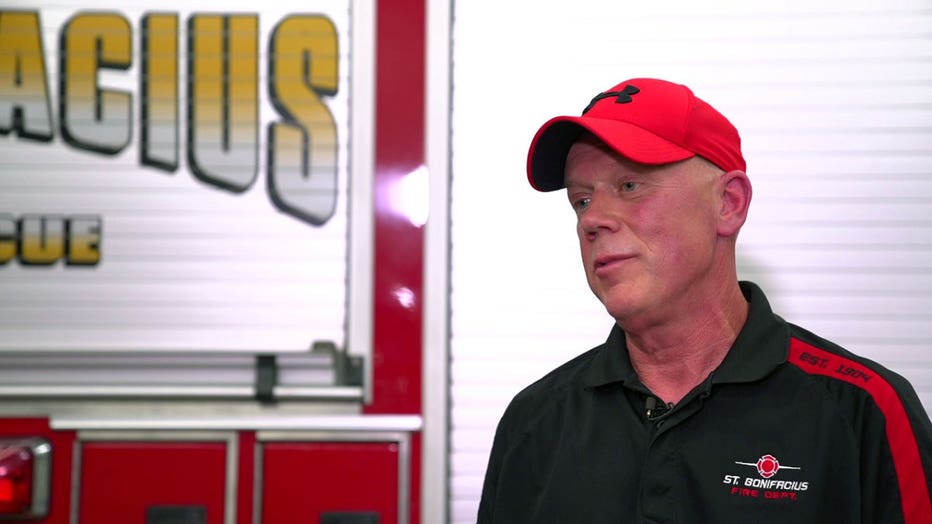 Last year, the state legislature approved funding for the Hometown Heroes Assistance Program, which provides a $20,000 payout to firefighters diagnosed with cancer, cardiac, and other critical illnesses to offset expenses caused by their care.

It also provides counseling for firefighters and their families and ongoing training about the health risks that come with the profession.

"I think it's important for firefighters to understand they are at greater risk. There are things they can do to mitigate those risks and minimize the potential of succumbing to cancer or cardiac or emotional trauma," said Wayne Kewitsch, Executive Director of the Minnesota Firefighters Initiative, a non-profit that advocates for firefighter health.

Ewald will have surgery next month to remove his prostate, and hopefully the cancer along with it. But he wants other firefighters to get a PSA blood test to see if they have prostate cancer before it's too late.

"It's unfortunate, but it's going to have a happy ending. I'm confident it was caught in time. I believe it's something that needs to have more attention paid to so it can be prevented in other firefighters," said Ewald.