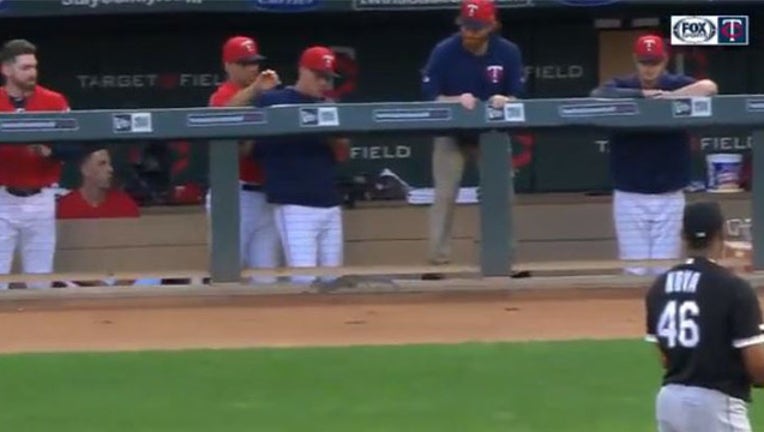 A squirrel found its way onto the field during the Twins-White Sox game Monday night and caused a panic in the Twins dugout. (Photo credit: FOX Sports North)

In the bottom of the first inning, as the Twins were up to bat, a squirrel found its way onto the field and ran into the dugout.

Play resumed shortly after the incident. The Twins eventually fell to the Chicago White Sox 6-4.