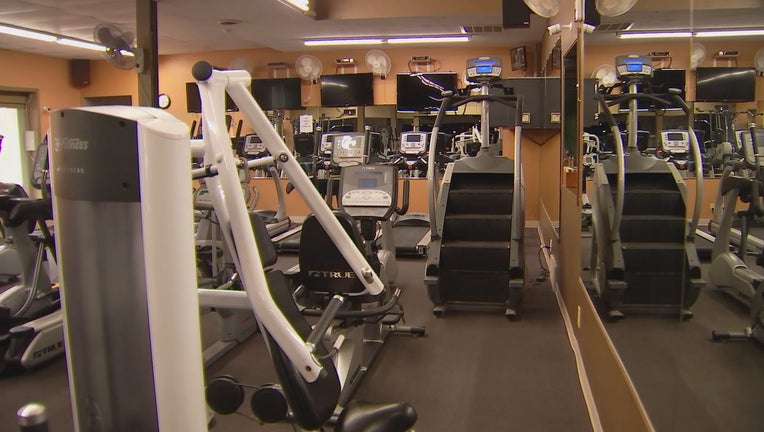 After the city passed a resolution, some businesses in Rice Lake, Wisconsin will reopen even though the Safer at Home order is still in effect. (FOX 9)

RICE LAKE, Wis. (FOX 9) - Wisconsin Republican leaders say the state’s Safer at Home order in response to COVID-19 goes too far. The order, in place until May 26, closes most non-essential businesses in the state. They've taken it to the Wisconsin Supreme Court, which heard oral arguments Tuesday.

Some cities say order or not, businesses are opening up, which creates a dilemma for law enforcement.

Many of the businesses on Main Street in Rice Lake, Wisconsin are still closed, but under a resolution passed by the city last week, they could open if they take precautions. On Wednesday, Dan Schwab will open his fitness center for the first time in nearly two months.

Rice Lake voted for businesses to reopen amid the stay at home order in Wisconsin.

“We’ll keep the numbers restricted and I think it will just be a win-win for everybody,” said Schwab.

Schwab is also a member of the Rice Lake City Council.

“It gets kind of complicated because we’re not telling people to ignore the Safer at Home from the governor," he said. "What it allows is the local police department to use some discretion in their judgement on businesses on how they’re operating and if they should remain open or not."

Local law enforcement say that discretion isn’t really up to them. While the resolution was being discussed at a local council meeting last week, the Rice Lake police chief said his officers will have to enforce Safer at Home orders, but recognizes the rules are vague. Barron County Sheriff Chris Fitzgerald was clear about their role.

“Law enforcement has to abide by the order and enforce it at the governor’s wishes,” said Fitzgerald.

That was one reason why Councilmember Todd Larson says he voted against the resolution.

“We should as alder people to set aside our personal interests for sure and look at what’s best for the citizens of Rice Lake,” said Larson.

Others in favor, like Councilmember Dan Lawler, say while opening is a risk for businesses, some will have to take it just to stay afloat.

“I think we have to find middle ground somewhere,” said Lawler.

FOX 9 reached out to the Wisconsin Attorney General’s Office, which said the enforcement of Safer at Home order is up to local law enforcement.