MINNEAPOLIS (FOX 9) - Frequently painting on the front porch of his apartment in Hopkins, Mohamed Hersi is preparing for his first art exhibit since 2018.

"This show means so much more because I’m highlighting the purpose," Hersi said.

Somali Minnesotan artist and clothing designer Mohamed Hersi is launching his ninth art exhibit this Sunday, after fighting an opioid addiction and overdose.

Back on October 10, 2013, Hersi hosted his very first art exhibit. Quickly, his signature on the back of each painting sold turned in the clothing brand, "Original Royal Refugee."

"I remember the first time I got a big order from Luxemburg, and I didn’t know where it was on the map! I’m like, where is Luxemburg?" Hersi said.

Hersi’s Instagram is filled with actors, athletes and musicians wearing his ORR clothing around the world. Plus, Hersi was part of the costume team for the movie, "Eye in the Sky."

"The hiatus of everything skyrocketing the same time, it just interconnected, and it was a recipe for disaster," Hersi said. "The timing could not have been worse."

Behind his success, Hersi was fighting an opioid addiction stemming from a procedure on his knee followed by a prescription for painkillers. Hersi recalls spending two hundred dollars a day buying pills on the streets, his wife and kids moving back to Canada, and one day, he overdosed.

"The overdose incident I had… I was in the studio and the last thing I remember was I fainted. I woke up, and I knew the feeling I had was different," said Hersi. "I would never think that I would be someone with an addiction. My substance was my art; My substance was my family, my faith."

Now four years clean and his family reunited, Hersi looks at each canvas with renewed inspiration.  He believes his ninth art exhibit this Sunday, October 10 will be his most meaningful yet. 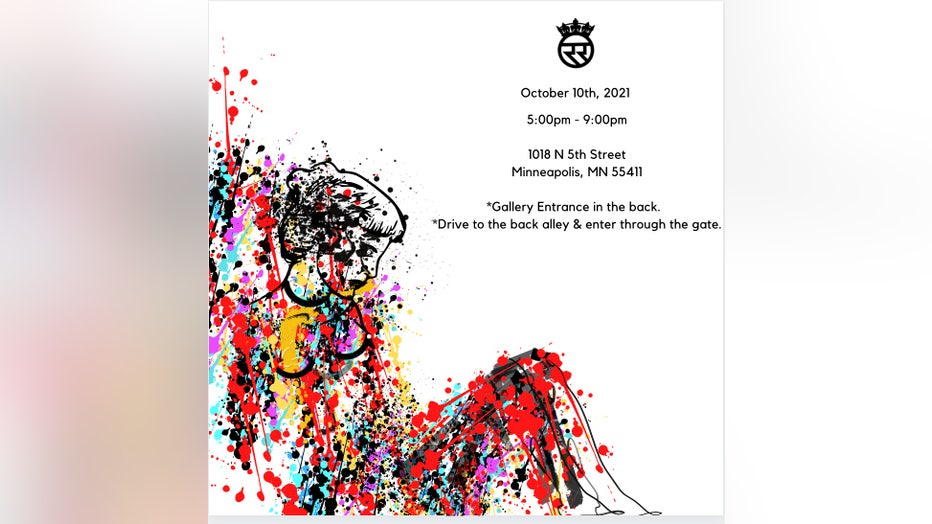 "It means a lot more. To have clarity is the most beautiful thing you could ever ask for," Hersi said.

For more information or to shop paintings and clothing: https://www.originalroyalrefugee.com/