(FOX 9) - With another coating of snow on Sunday and the 17th consecutive day with temperatures below freezing, we have certainly maintained a pretty healthy snow pack in many areas from January through much of February.

Combine that with a dozen or more days of subzero temperatures, and even the ice coating the Great Lakes expanded from next to nothing mid-January, to more than 40%. However, both have now likely peaked for the winter season as we will be much warmer for the foreseeable future. 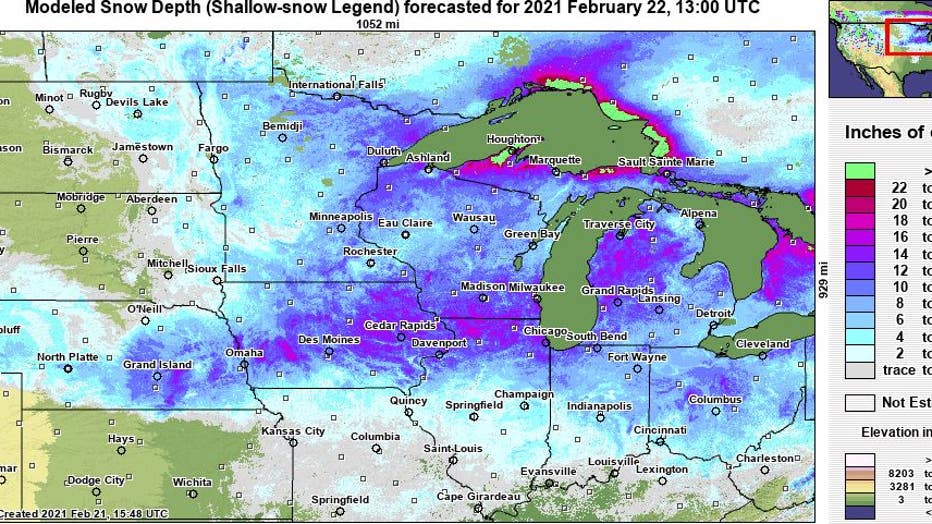 Considering the current forecast for the next few days, it looks like our persistent snow cover is peaking this morning in the Upper Midwest as plenty of compacting and melting is likely this week. (FOX 9)

The heaviest snow cover in the Upper Midwest remains across portions of Nebraska, Iowa and southern Wisconsin where persistent snow fell during the two or so weeks of our arctic air this month. In this zone, many areas have 1-2 feet of snow on the ground.

Across Minnesota however, it’s been a pretty "average" season with snow cover generally from 4-10 inches, with the Twin Cities officially coming in at 8 inches. There is certainly more than that in the Arrowhead and the North Shore with many areas at 12 inches or more.

While more snow is likely through March and even April, this is likely the peak of our persistent snow cover statewide. 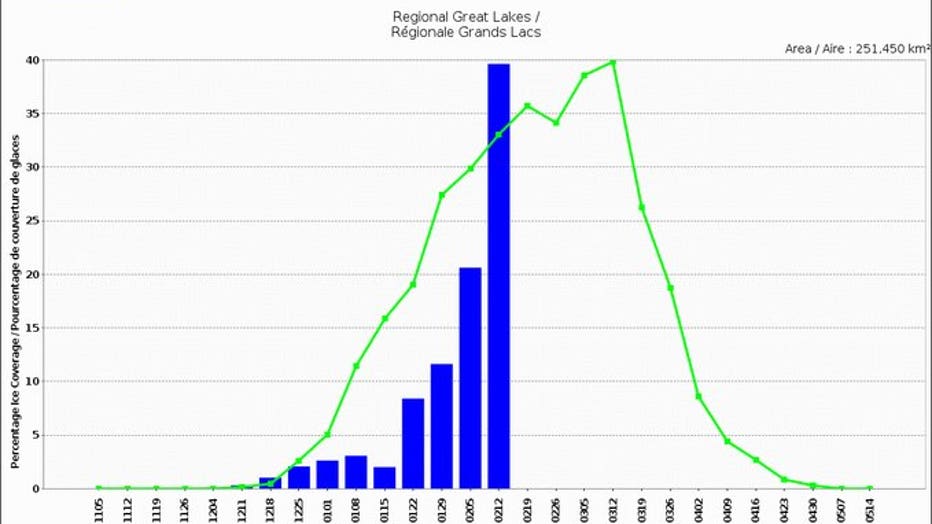 What might be more mind-blowing is just how quickly ice developed on Lake Superior and the other Great Lakes over the last few weeks. Ice typically peaks right around the first of March with about 40% of the lakes frozen over, the bulk of that on a very shallow Lake Eerie as well as the super cold Superior. Ice coated less than 3% of the lakes just five weeks ago, and now near-normal peak at more than 10 times that amount.