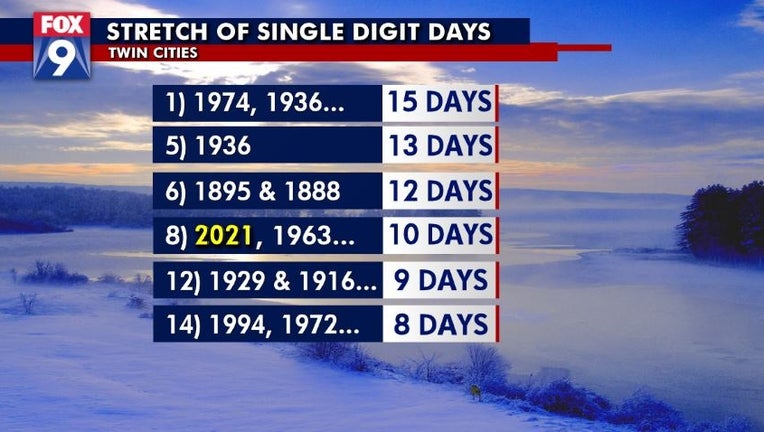 The Twin Cities say a stretch of 10 days where temperatures did not get above single digits.

(FOX 9) - The Twin Cities finally breaks its streak of single digit days Wednesday as we climb into double digit highs for the first time in nearly a week and a half. That’s just the 11th time the metro has experienced 10 or more consecutive days in the single digits or colder since records began back in 1872, and the longest such stretch since 1974.

While no daily records were broken in the Twin Cities, and few were broken statewide, there’s one statistic that shows just how cold our air mass really was. 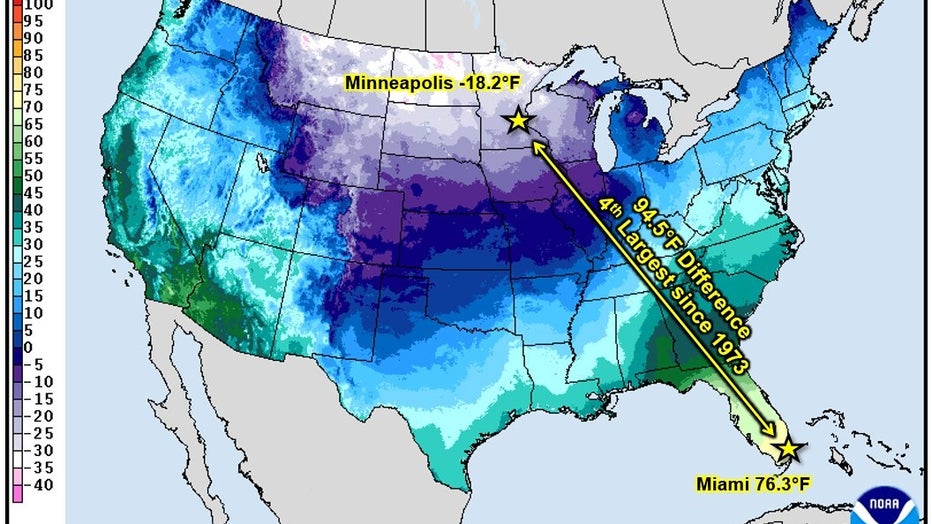 Difference in temperature between Minneapolis and Miami on Sunday, Feb. 14. (NOAA / FOX 9)

The National Oceanic and Atmospheric Administration (NOAA) made note of the temperature contrast between Minneapolis and Miami on Sunday morning, when temperatures were at their coldest at Minneapolis-St. Paul International Airport. The airport was near -18 degrees when Miami was around 76 degrees. That’s a 94.5-degree difference between the two cities, which is the fourth highest temperature difference since 1973. That’s a HUGE difference over a relatively short distance.