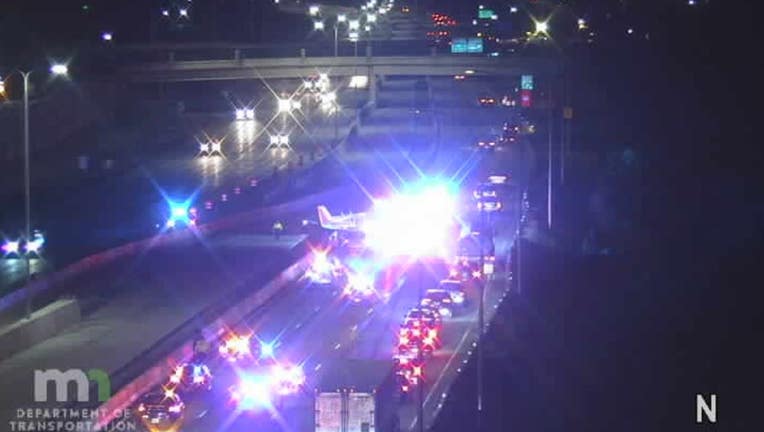 (FOX 9) - A small plane landed and crashed into a vehicle on I-35W in the city of Arden Hills Wednesday night.

According to MnDOT, I-35W northbound is closed Wednesday night at Ramsey County Road E2 near I-694 due to the incident that occured around 9:30 p.m.

A small plane landed and crashed into a vehicle on I-35W in the city of Arden Hills Wednesday night.

There were no injuries reported as a result of the emergency landing.

The pilot was identified as Craig Gifford, 52, of Minneapolis. He was flying a single engine Bellanca Viking plane. According to the FAA's online records, Gifford was issued his commercial pilot certificate in June of 2019.

According to preliminary information from the Federal Aviation Administration, two people were on board the plane.

The road is closed due to an "air crash" MnDOT says. MnDOT anticipates the road will be closed for the next six hours.

The incident will be under investigation by the FAA and the National Transportation and Safety Board.