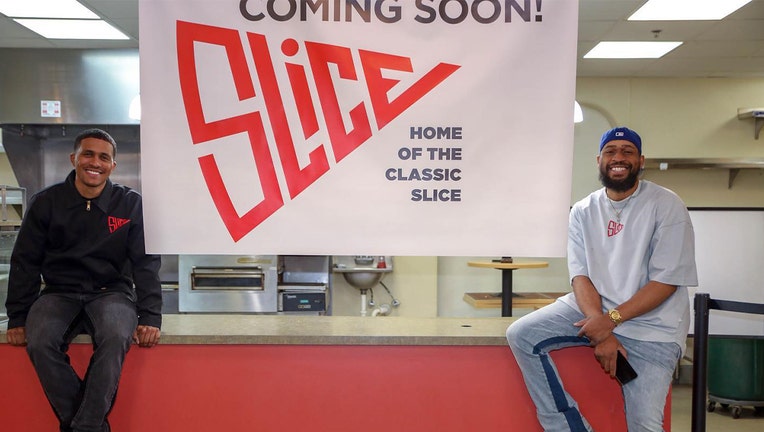 MINNEAPOLIS (FOX 9) - Just six months after its grand opening, and five after re-opening again due to a fire, Slice Pizza in Northeast Minneapolis is expanding into its second location on the Southside of the city.

Located at 519 E Hennepin Ave. – a formerly vacant building once home to an insurance agency – the take-out-only restaurant offers pizza by the slice, as well as full pies.

Just in time for summer foot traffic, co-owners Adam Kado and Hosie Thurmond are now bringing their food to the Southside of Minneapolis with a new Midtown Global Market location.

According to Thurmond, when Midtown first approached the entrepreneurs their interest was tepid, wanting instead to focus on the efficiency and product of its flagship location. However, the two sides were ultimately able to come to an agreement to bring a vacant space to life in the market.

"Overall we weren’t really too interested and teetered on doing it or not… But when we really did some research on the Midtown Global Market, the demographic that surrounds it, and how the area overall could use a product like ours; the more research we did, we realized the Southside could benefit from our business plan," Thurmond said. "Being so close to the George Floyd [Square] location in south Minneapolis, and a black-owned business, we thought it was a really good opportunity."

Slice had only been open for two weeks in October 2021 when an electrical fire damaged its building, forcing them to close their doors again. But a community crowdfunding effort helped restore the damage, and raised more than $24,000 since its creation.

"We had the fire and had to deal with that damage to our building, but it gave us time to kind of review those first two weeks and see what we could improve," Thurmond said. "We came in with high aspirations and thought we knew a lot, but we’ve really learned so much – about the industry, our product, the quality, everything. The amount of customer support has been amazing, but from a business standpoint from the first day until now it’s been night and day difference."

With the surplus funds from its GoFundMe campaign plans are in motion to overhaul the landscape of its NE location property – adding benches, trees and seating for people to eat. 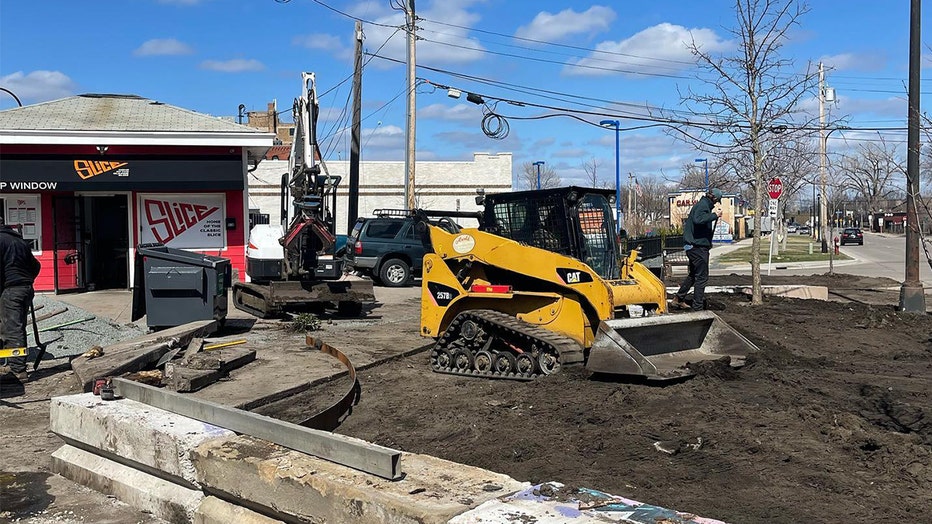 Slice Pizza in Northeast Minneapolis is renovating its outdoor space to include extra lightning, tables and trees.

"We allocated a lot of funds to fixing our space from the fire, but we did have some surplus cash so we thought what better way to use the money that the community gave than building a community space," Thurmond said. "We want to build a space where people can enjoy our pizza, but also add to the Northeast community… It makes a nice aesthetic for the business, but also everything around it. The building was an eyesore for many years, but what we have to come will really help cultivate the space."

Final phases of construction will include additional lighting and high-top tables. A block party will be held once construction is complete.

In the future, no additional expansion plans are in the works, according to Thurmond. Instead, Slice will focus on its product quality, and expanding hours of operation at its NE location.

"Our biggest goal is to put out quality pizza," Thurmond said. "With so much growth, we don’t want to shoot too high. We didn’t enter this to scale up and franchise. Our goal is to put out a quality product, and wherever that takes us we’re ready to go."