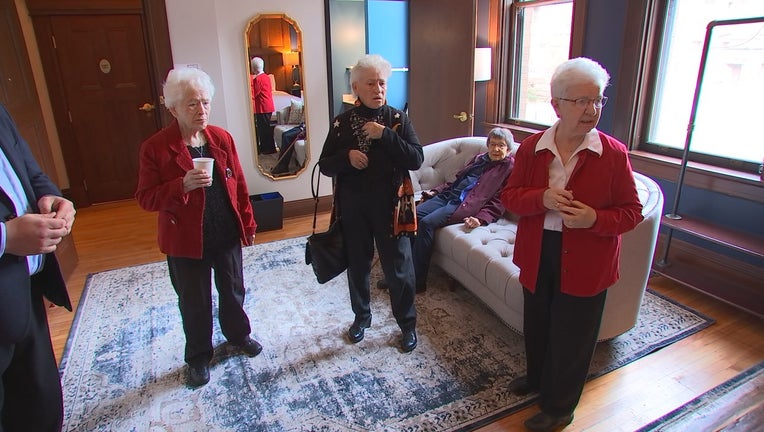 The trio of nuns got to be the first guests in the hotel.

ST. PAUL, Minn. (FOX 9) - There's just something about an old-fashioned sleepover with friends. And for a group of St. Paul nuns, it's where they are spending time together that has a special meaning.

Downtown St Paul has a new boutique hotel. For the first group of guests to stay here, it’s a place like "nun" other. For Sister Brigid McDonald, walking into the Celeste St. Paul Hotel is like taking a step back in time.

There's just something about an old-fashioned sleepover with friends. And for a group of St. Paul nuns, it's where they are spending time together that has a special meaning.

"It was a very important building at one point and it’s going to be an important again isn't it," said Sister Brigid McDonald, a retired nun. "Actually, when I first walked in the door, it was like I was waiting for a whole bunch of nuns to be walking around."

She's one of about a dozen retired nuns having a sister sleepover at the place they used to call home.

"As a building, I was just amazed. They were able to keep the essence of the building and have it so profoundly modern and good looking," said Sister McDonald.

The Celeste St. Paul, a former convent, is opening as a boutique hotel on Friday.

The building was built in 1910 at the corner of Exchange and Cedar to house Minnesota's first fine arts school, St. Agatha's Conservatory of Music and Arts. The sisters of St. Joseph both taught and lived there until the school closed in 1961. But the building is on the National Register of Historic Places.

"We had a rule of silence at 9 o'clock so we weren't having pajama parties -- that's for sure," said Sister McDonald. "This time I'm looking forward to staying up and talking as long as we want to."

Even though the convent and fine arts school has been turned into a 71-room hotel, some of the architectural details from the original building remain. The altar area in the old chapel is now the bridal suite complete with a stained glass cross above the bed. And the hotel also restored many of the paintings and ceramic tiles on the fireplaces that were painted by the nuns who lived there. 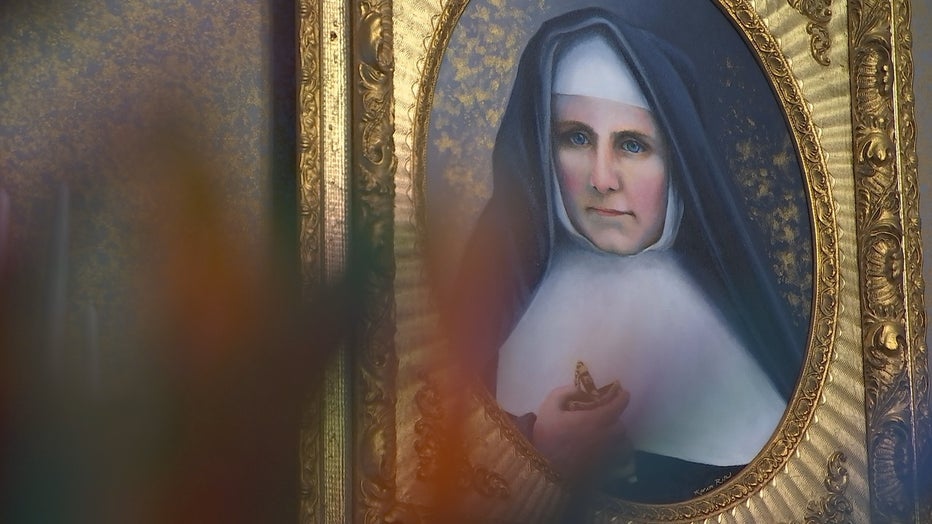 "It’s thrilling to know that this building is still going to be used for a good purpose. And I wonder how on earth the sisters got the money to put this building up," said Sister Mary Ann Hanley, a retired nun.

The sisters say the building has always had a higher calling and they are grateful to back in the habit with their heavenly hosts.

"I hope it will contribute to life in St. Paul in a different way," said Sister McDonald. "It was meant for community. The spirit of community resounds here."