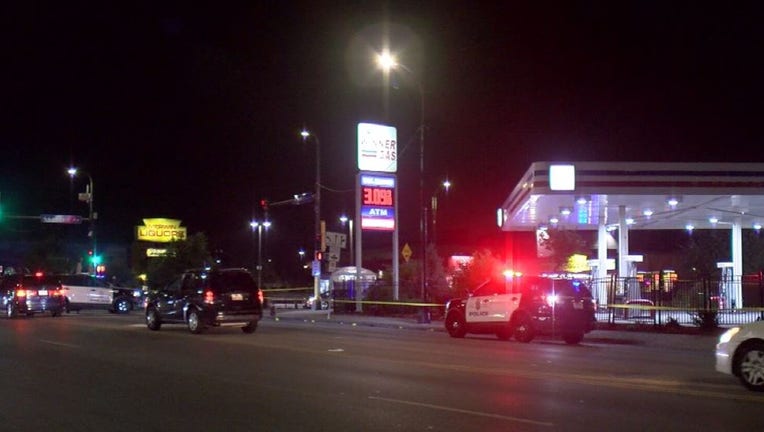 A shooting left one dead and another injured Saturday in Near North Minneapolis.

(FOX 9) - One person has died and another was injured in a shooting Saturday night in Minneapolis' Near North neighborhood.

According to police, at about 9 p.m., officers responded to a ShotSpotter notification on the 600 block of West Broadway. 911 callers also reported that people had been shot at that location.

When officers arrived, they found a man, believed to be in his 30s, suffering from gunshot wounds. He was transported to the hospital in grave condition. He later died of his injuries.

Police were also notified that another man arrived at a different hospital, suffering from non-life threatening gunshot wounds. It is believed he was shot at the same location.

Investigators say that several people were standing outside of a business when someone from inside a car shot at them, striking the two victims. The vehicle then sped off.

Anyone with information is encouraged to call CrimeStoppers at 1-800-222-TIPS (8477). Tips may be submitted electronically at www.CrimeStoppersMN.org.