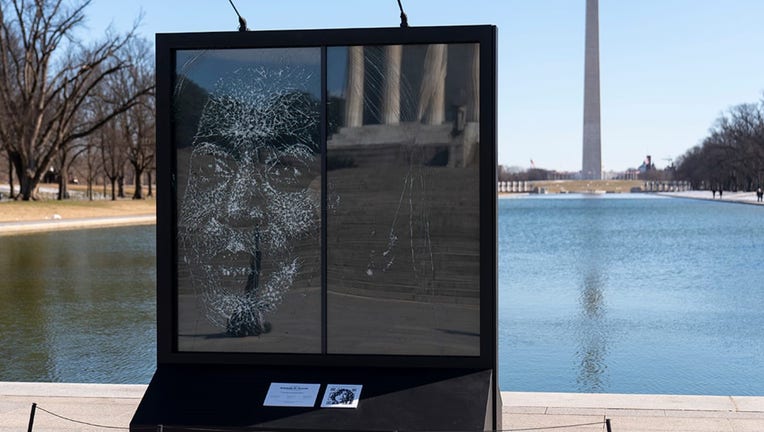 Berger began his work after the results of the November election and modeled his artwork after a picture of Harris captured by photographer Celeste Sloman. The glass portrait was shipped from Switzerland.

The project was commissioned by the National Women’s History Museum and Chief, a networking organization for female executives. The artwork was unveiled Thursday at the Lincoln Memorial.

"I think what makes it so moving to me is to see the tiny cracks, to see those fissures and everything they represent," Lindsay Kaplan, a co-founder of Chief, Told the Associated Press.

Harris broke the glass ceiling not only for women but for Asian Americans and Black Americans, too. She's the daughter of Indian and Jamaican immigrants and previously the first Black person to represent California in the U.S. Senate.

Harris acknowledged her historical win in a speech after the election in November.

"While I may be the first woman in this office, I will not be the last," she said in a victory speech in Wilmington, Del. "Because every little girl watching tonight sees that this is a country of possibilities."

The installation is on display until 9 p.m. Saturday at the Lincoln Memorial. It will then go to the Chief office in New York, with future plans for public viewing to be determined.