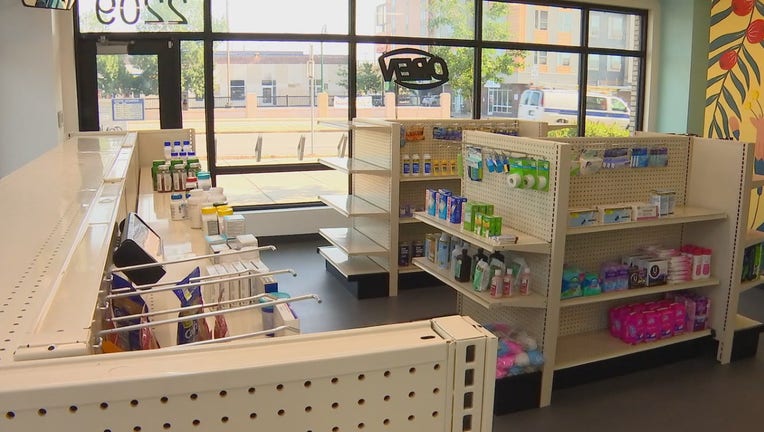 Following a renovation, Seward Pharmacy in Minneapolis has reopened. It had been closed since it was heavily damaged and looted during the riots after George Floyd's death. (FOX 9)

MINNEAPOLIS (FOX 9) - Seward Pharmacy on Lake Street in Minneapolis is reopening more than a year after it was looted and damaged during the riots following the death of George Floyd.

Thursday morning, leaders gathered for a ribbon-cutting to commemorate the event.

Funding for the renovation came in part from a $5 million donation from United Health Group to help local businesses rebuild. Heart of America was one of the nonprofits that worked with UHG to help reopen the pharmacy.

"Seward Pharmacy has been a legacy business here on Lake Street," said Jill Heath, the CEO of Heart of America. "It is important culturally for the neighborhood. They speak 10 languages and we knew immediately with UHG that we needed to make some magic happen."

Heath says after the unrest, the building was a complete loss.

"All the windows were shattered," said Heath. "They had had fires within space you see behind me, all the merchandising, pharmaceuticals, medicine – gone, looted, ransacked."