A reported tornado left behind a path of destruction in New Richmond, Wisconsin after storms on July 29, 2021.

NEW RICHMOND, Wis. (FOX 9) - A tornado and strong storms that rolled through western Wisconsin Wednesday night caused severe damage to some homes and knocking down crops.

A FOX 9 viewer in Baldwin, Wisconsin shared a video of a funnel cloud in the area. Other areas, like New Richmond, saw rain and hail. A preliminary report from the National Weather Service confirms a EF-1 tornado with peak winds around 95 miles per hour touched down near New Richmond on Wednesday, traveling a six-mile path.

Crews are expected to survey any damage on Thursday.

The extreme weather rolled out of the area early Thursday morning ahead of sunny skies and less humid conditions expected later in the day. 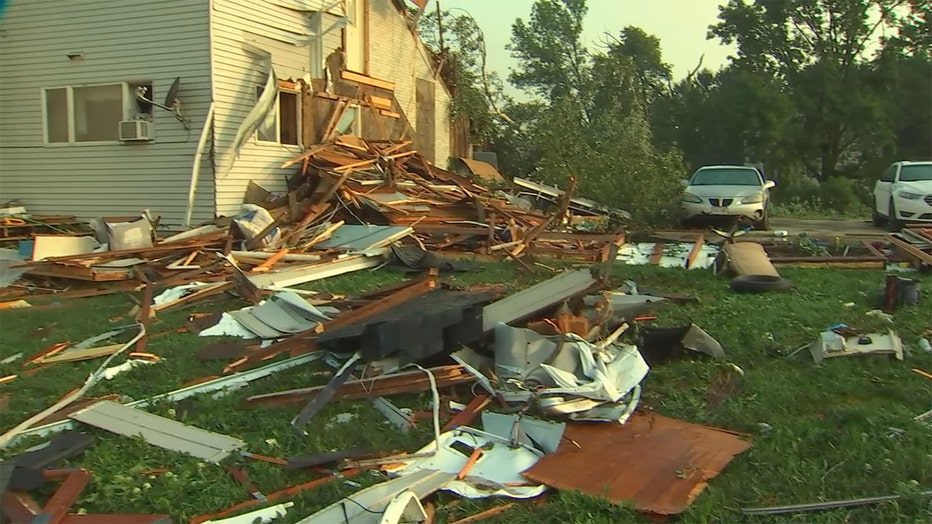