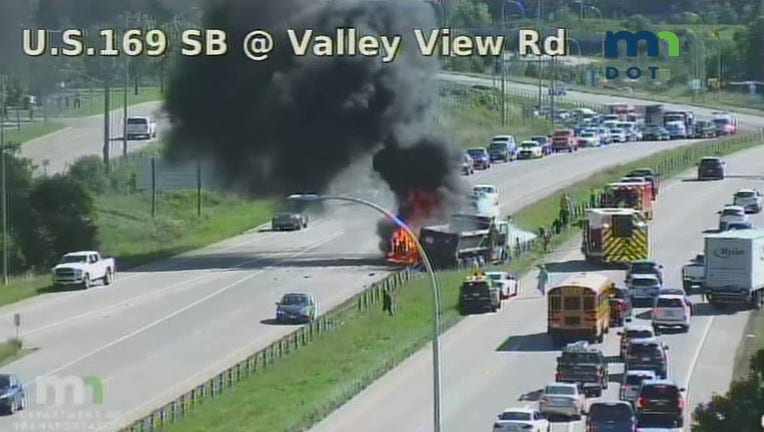 Minnesota State Patrol is investigating a crash between a dump truck and a pickup truck on Highway 169 near Valley View Road in Edina.

EDINA, Minn. (FOX 9) - A fiery collision between a dump truck and a pickup truck caused serious injuries on Highway 169 in Edina, according to Minnesota State Patrol.

The incident happened around 3:30 p.m. Tuesday. According to the report, the dump truck was heading southbound on Highway 169 near Valley View Road when it lost control and went into the median. The dump truck ended up in the left lane of northbound traffic and hit a Ford F150. The vehicles appeared to burst into flames following the crash.

Due to the crash, traffic was down to one lane in both directions along Highway 169 in that area for a couple hours.