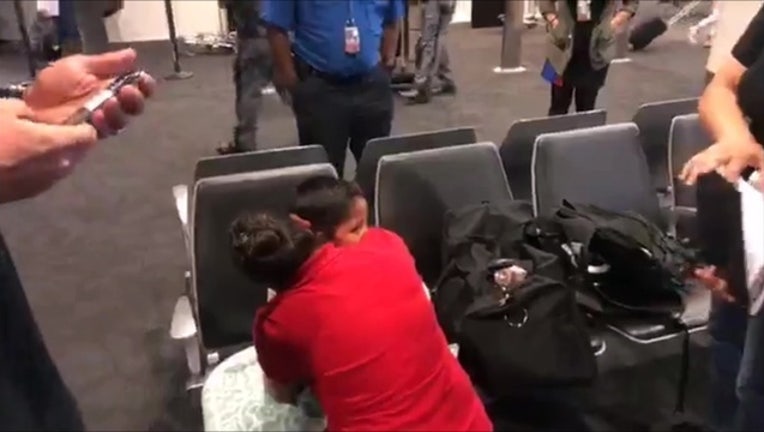 McALLEN, Texas (AP) -- A 7-year-old boy and his migrant mother who had been separated a month ago have been reunited after she sued in federal court and the Justice Department agreed to release the child.

The two were reunited at about 2:30 a.m. Friday at Baltimore-Washington International Airport in Maryland, hours after a Justice Department lawyer told a U.S. District Court judge the child would be released.

The mother, Beata Mariana de Jesus Mejia-Mejia, had filed for political asylum after crossing the border with her son, Darwin, following a trek from Guatemala. She said she started crying when the two were reunited and that she's never going to be away from him again.

Darwin said he was content and happy with the reunion.

The mother and son were to travel to Texas, where they will live while her asylum claim is being decided.