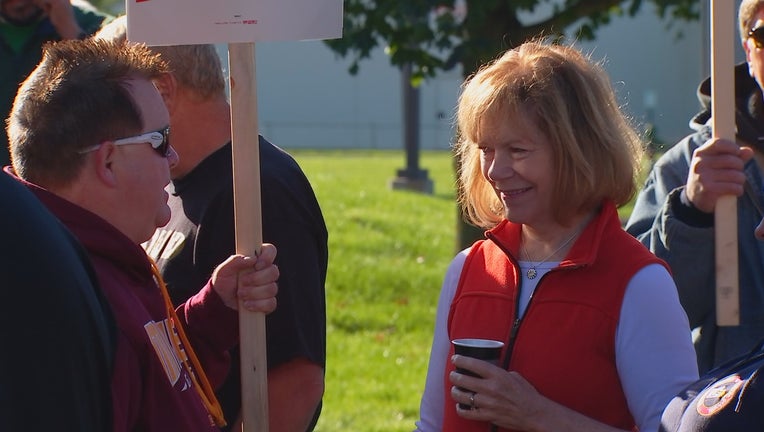 Sen. Smith speaks with workers on the picket line.

Workers from both Minnesota and Wisconsin are pushing for better wages, work conditions, and health coverage. Amid negotiations on a new multi-year contract, and as the strikes continue into its second weekend, Senator Smith says she understands how important this fight is for both states.

"A lot of people who work at this UAW facility are Minnesotans," she said. "And so to be able to be here, standing with Minnesotans and people from Wisconsin for fairer wages and good health care benefits, I think is part of my job as senator.”

Nearly 50,000 UAW workers walked off the job nationwide back on September 16. The day after the union's previous contract expired.