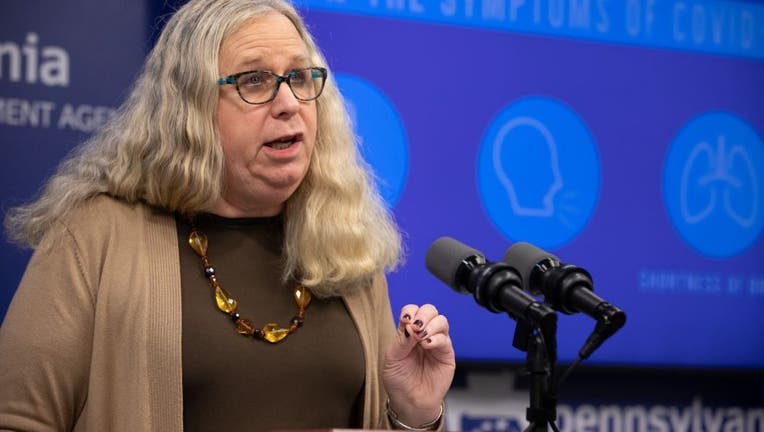 Paul likened gender transformation procedures on minors to "genital mutilation" and asked whether President Biden’s nominee for assistant health secretary is in favor of allowing underage children to decide to undergo such treatments.

Paul asked Dr. Rachel Levine, who is on track to become the first openly transgender nominee to be confirmed by the Senate, whether she believed minors should be allowed to decide for themselves to undergo permanent life-altering surgeries or hormone therapies.

"American culture is now normalizing the idea that minors can be given hormones to prevent their biological development of their secondary sexual characteristics," Paul said. "Dr. Levine, do you believe that minors are capable of making such a life-changing decision as changing one’s sex?"

"Senator, thank you for your interest in this question," replied Levine, who has been nominated to be assistant secretary of health. "Transgender medicine is a very complex and nuanced field with robust research and standards of care that have been developed," Levine said. "If I am fortunate enough to be confirmed as the assistant secretary of health, I will look forward to working with you and your office and coming to your office and discussing the particulars of the standards of care for transgender medicine."

Paul accused her of evading the question and asked again.

Levine replied to Rand’s follow-up with a nearly identical response as to his first question.

Later in the hearing, Murray took issue with Paul’s line of inquiry.

"I appreciated your thoughtful and medically informed response to Sen. Paul's questions earlier in the hearing," she said. "It is really critical to me that our nominees be treated with respect and that our questions focus on their qualifications and the work ahead of us rather than on ideological and harmful misrepresentations like those we heard from Sen. Paul earlier, and I will focus on that as chair of this committee."

Levine served as Pennslyvania's secretary of health from 2017 until last month.