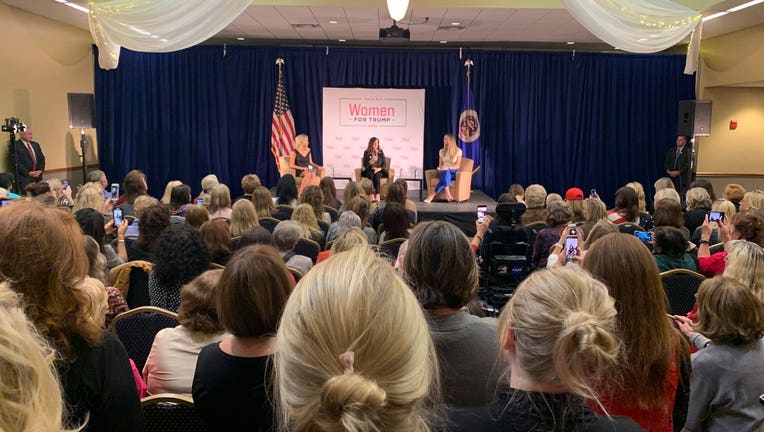 ST. PAUL, Minn. (FOX 9) - A visit from the President and Vice President has turned into a family affair as the Second Lady and Trump’s daughter-in-law Lara Trump held a panel discussion focused on families Wednesday.

The event was held at Union Depot and was standing room only as women came to show their support for the President.

Republicans made it clear they want to see Minnesota turn red in 2020.

“Let me tell you why women should be for Donald Trump,” said Karen Pence. “This President has empowered women like no other.”

The pair is speaking as part of the “Women for Trump” event, a movement started by Lara Trump in 2016 while campaigning for her father-in-law.

“I think there’s a lot of external pressure that says you shouldn’t talk about supporting this President, sadly that is somehow where we’ve come in this country and we want them to know it’s OK to do,” Lara Trump said.

The panel discussion comes as the impeachment inquiry into the President continues, Lara Trump said their focus remains on the campaign.

“It really hasn’t changed much for us,” she said. “We see it as a very baseless inquiry. Something that we don’t think will go very far.”

Instead, they want the women in Minnesota to focus on why they should back Trump for four more years.

“Minnesota is a very important state we feel like we have a shot in 2020, winning Minnesota,” she said.

Attendees of the event said they liked what they heard tonight and appreciated the more intimate setting. It was open to the public, but guests had to reserve tickets online.