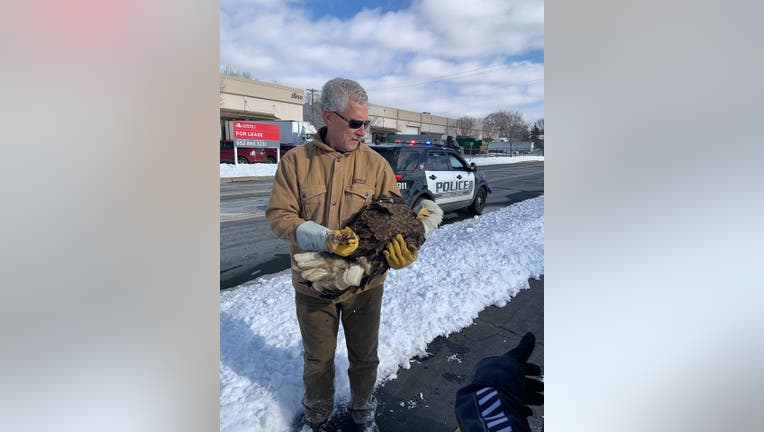 An injured eagle was rescued Tuesday in Brooklyn Center, Minnesota after a woman spotted it while she was on a morning run.

BROOKLYN CENTER, Minn. (FOX 9) - A Brooklyn Center woman helped rescue a bald eagle Tuesday after she spotted the bird on the ground and noticed something was a bit off.

According to Brooklyn Center police, the woman was on her morning run when she saw the eagle on the ground. She drove by the area a short time later and noticed that the eagle hadn't moved from the spot. So, she called 911.

A Community Service Officer responded and coordinated a pickup by the Raptor Center. A volunteer, licensed professional responded to the scene and determined that the eagle had an injured wing. On Wednesday, officials said the eagle's condition is improving.

If you encounter a raptor that appears injured and are unsure of what to do, you can contact The Raptor Center at 612-624-4745, or appropriate agencies in your area.