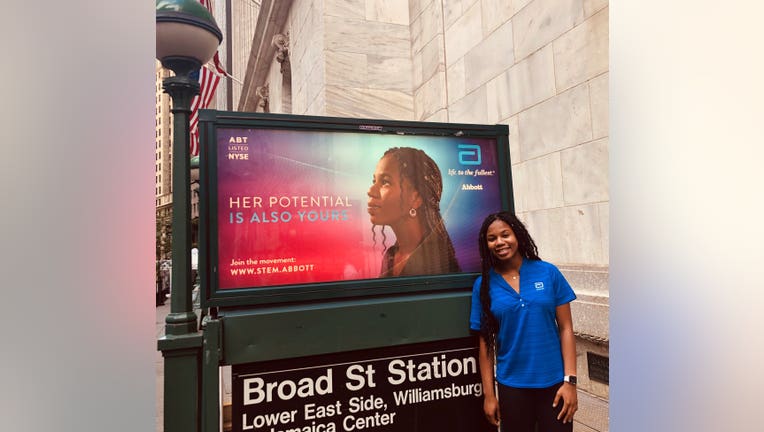 ROSEVILLE, Minn. (FOX 9) - A local high school student’s passion for science, technology, engineering and math is serving as an inspiration for young women across the county.

According to statistics, the number of women in STEM careers is low and that’s especially true of women of color.

One medical tech company is working to change that.

At the age of 16, Jomi Babatune-Omoya’s passion for STEM has taken her far.

“My parents moved from Nigeria to the U.S. when I was four because they wanted a better life for me and my brother,” she said.

This summer, the Roseville High School junior, who aspires to become a biomedical engineer, became one of 40 students across the country chosen to be an intern at Abbott Laboratories.

“What Abbott really did for me is showed me that someone could really believe in me,” she said. “It’s all about having the resources and opportunity.”

On Aug. 26, Women’s Equality Day, Jomi reached new heights by capping off the summer internship at the New York Stock Exchange while donning a colorful lab coat she helped create.

“It was a really cool opportunity that I thought I’d never have,” she said.

The teenage girl is now the face of a movement to increase the number of women in STEM.

“Right outside the New York Stock Exchange, when I got there, there was a billboard of me, and it was the coolest thing in the world,” she said.

For many students, Jomi’s journey is an inspiration.

“There’s a sense of pride around the community that we have here that she’s pursuing STEM,” said Advanced Studies Teacher Carly Miller.

Abbott says that it’s giving away its blueprint for starting a high school internship program to inspire other companies to do the same.