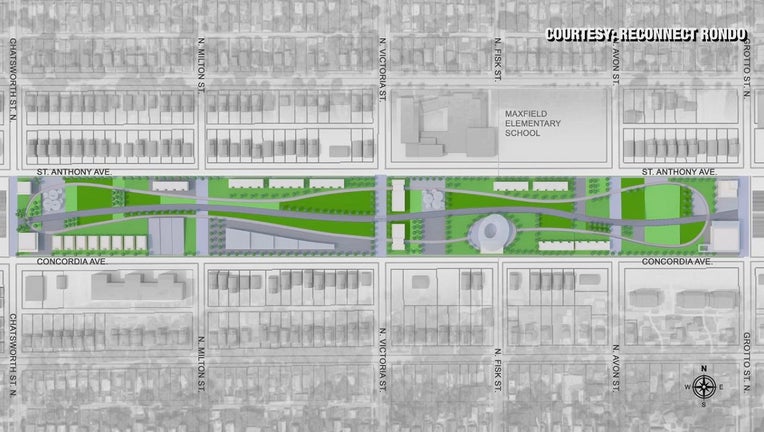 The proposed land bridge would help reconnect a St. Paul neighborhood destroyed by the I-94 construction. (Supplied)

ST. PAUL, Minn. (FOX 9) - Supporters of a proposal to put a cap over part of I-94 in St. Paul believe the new trillion-dollar infrastructure law could give their plan a boost.

"It means a tremendous amount of investment not only for the country but really for the state of Minnesota," said Reconnect Rondo Executive Director Keith Baker.

When Interstate-94 was built in the '50s and '60s, it cut St. Paul's mostly Black Rondo neighborhood in half. Now a proposal to re-link both sides of that community could be a step closer to becoming a reality.

"It doesn't hurt to be on the radar. We're excited about it," said Baker.

The federal infrastructure bill that was signed into law on Monday provides $1 billion to reconnect urban neighborhoods cut off by highway projects in the past.

The group Reconnect Rondo wants to put a land bridge over part of 94 with affordable housing, green space, and a marketplace as a way to heal a community destroyed 60 years ago.

Transportation Secretary Pete Buttigieg even mentioned Rondo in an interview with FOX 9 about how the law could benefit Minnesota. 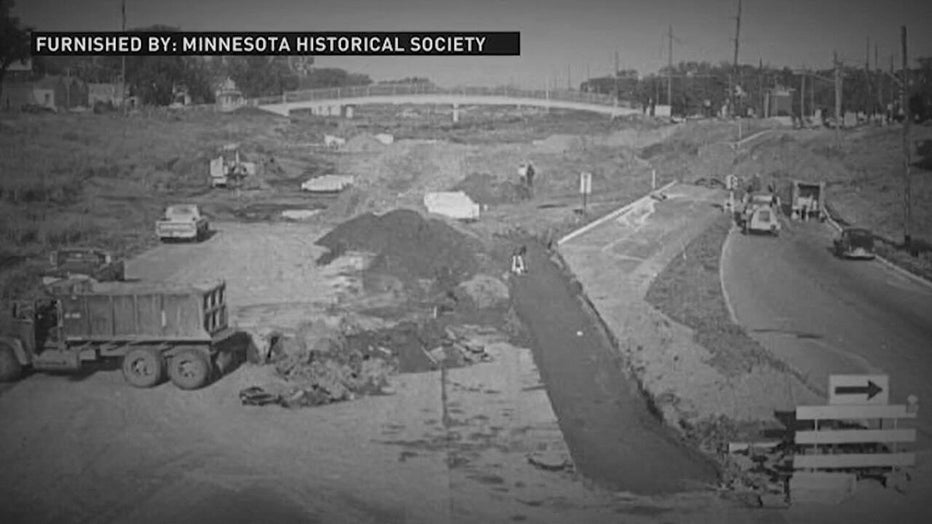 "I’ve heard a lot about the Rondo neighborhood and areas where we should be paying attention to how federal dollars can help remedy problems created by federal dollars in the past," Buttigieg said.

Reconnect Rondo says it would be ideal if the federal government picked up half of the project's $459 million price tag so the responsibility wouldn't fall solely on Minnesota taxpayers.

With the state's congressional delegation advocating for the land bridge project to receive some of the money from the new law, Reconnect Rondo believes the cap over I-94 would be the perfect fit.

"I do not think it would be unreasonable given the history, given the gutting and destruction that took place in the community. But I think we have to be smart about utilizing whatever resources available to have something like this emerge, " said Baker.