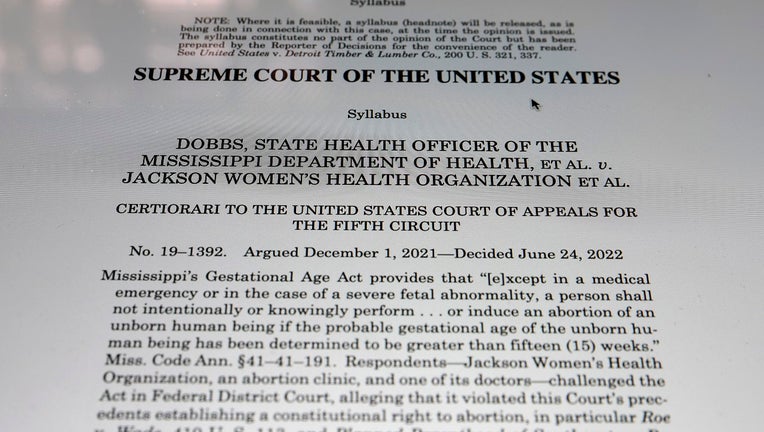 (FOX 9) - The U.S. Supreme Court has overturned the landmark 1973 Roe v. Wade case that legalized abortion nationwide, letting the states have the final say, according to the final opinion that was previously leaked but finally issued Friday.

The ruling on a case known as Dobbs v. Jackson Women’s Health Organization sets in motion a series of events that will likely lead to abortion being banned or severely restricted in roughly half of the 50 states. The decision will not immediately impact abortion rights in Minnesota.

Minnesota's governor and the Republican candidate for governor have weighed in on the controversial Supreme Court decision:

In a series of tweets, Minnesota Gov. Tim Walz said:

"Let me be very clear: This ruling changes nothing in Minnesota today, tomorrow, or as long as I am governor. We will not turn back the clock on reproductive rights.

"Minnesotans deserve to decide for themselves when to make the most important decision of their lives – whether or not to become a parent. Today, that fundamental right to personal freedom and privacy – a right that we have held for half a century – was overturned.

"I know Minnesotans share the fear and pain people across the country are feeling. But we never back down from a challenge. Today and every day, I stand with Minnesotans in the fight to protect access to reproductive health care and abortion."