What will happen to Midwest abortion rights after Supreme Court decision

Women will retain their legal right to an abortion in Minnesota even though the U.S. Supreme Court has overturned Roe v. Wade, clearing the path for an increasing number of out-of-state women to seek abortions here and raising the stakes for November's midterm election.

MINNEAPOLIS (FOX 9) - Women will retain their legal right to an abortion in Minnesota even though the U.S. Supreme Court has overturned Roe v. Wade, clearing the path for an increasing number of out-of-state women to seek abortions here and raising the stakes for November's midterm election.

Overturning the Roe decision, which protected abortion rights for nearly a half-century, leaves it up to states. The upper Midwest is a patchwork of laws: abortion immediately became illegal in South Dakota, will soon be banned in North Dakota, and could already be illegal in Wisconsin under an 1849 law on the books there.

It's a much different story in Minnesota where, in 1995, the state Supreme Court ruled that abortion was a right protected in the state constitution. Abortion providers who have stopped procedures in the Dakotas and Wisconsin said they would reschedule patients at Minnesota clinics because of the protections here.

Supporters of abortion rights in Minnesota spoke about what's next in Minnesota after the U.S. Supreme Court overturned Roe v. Wade.

"We’ve increased the number of people that we can see in Minnesota, and we’ve hired a navigator who can specifically work with patients on resources needed in order to travel," said Dr. Sarah Traxler, chief medical officer at Planned Parenthood North Central States, which runs 28 clinics in Minnesota, the Dakotas, Nebraska, and Iowa.

RELATED: Nonprofit says demand for abortion up in MN in anticipation of Roe v. Wade decision

Out-of-state women accounted for about 10 percent of the 9,108 total abortions performed in Minnesota in 2020, according to data maintained by the Minnesota Department of Health. Among the women from out of state, more than half came from Wisconsin.

That share is certain to increase. Planned Parenthood of Wisconsin said it had stopped performing abortions because of the state's 19th-century abortion ban, even though the law is bound to be challenged in court. Patients are likely to seek medical care in Minnesota or Illinois, another state where abortion remains legal.

The uncertain situation is galvanizing groups on both sides of the debate in Minnesota. Anti-abortion advocates said the state should not become a haven for women seeking the procedure.

"We believe that voters do not want to see Minnesota become an abortion mecca, which is what it’s on track to become right now," Moses Bratrud of the Minnesota Family Council said in an interview. "The election in November is not the end, but it is the beginning of our campaign to make abortion illegal in Minnesota now that we’re finally able to do that without the interference of the Supreme Court."

In November, all 201 seats in the Minnesota Legislature, the governor, and the attorney general are on the ballot.

Democratic U.S. Sen. Amy Klobuchar said November's election would be an opportunity for abortion rights supporters to answer the Supreme Court. Senate Democrats do not have the votes to put abortion protections into federal law, as Klobuchar has sought.

The number of abortions performed in Minnesota has dropped 30 percent since 2008, state records indicate.

Minnesota allows abortions up to fetal viability, though state law includes several restrictions on providers. Several DFL state lawmakers who gathered at the Capitol on Friday afternoon said the Legislature should remove some of those restrictions, such as the 24-hour waiting period and anti-abortion counseling, in response to the Supreme Court's decision.

Meanwhile, DFL Attorney General Keith Ellison vowed to intervene in any criminal case brought by an out-of-state prosecutor against someone who travels to Minnesota for an abortion. 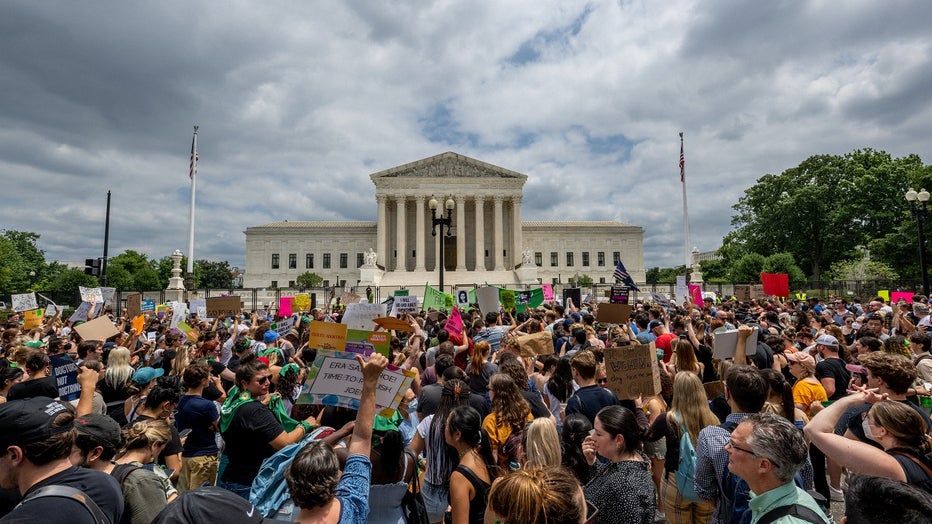