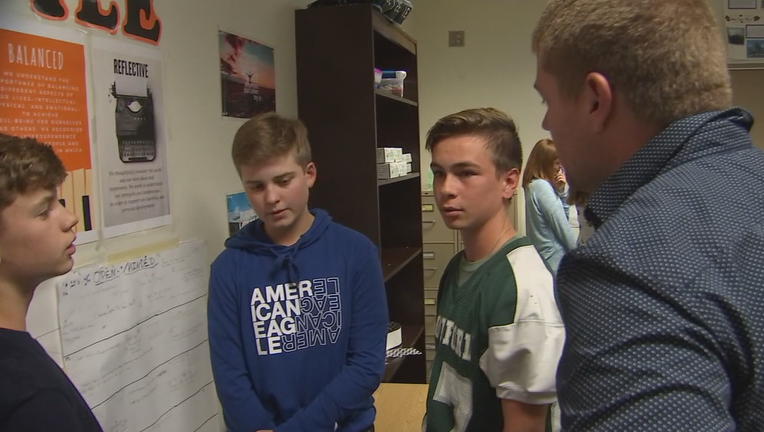 Mr. Nichols chats with students in his class which is involved with the new program. (FOX 9)

ROCKFORD, Minn. (FOX 9) - Rockford, Minnesota school officials say the future is bright for students in the district that last year faced struggles with its budget.

The district is among a small group of schools in the state adding a new program that shifts how the material is taught. When our crews visited on Friday, English teacher Brandon Nichols was walking his ninth graders through some new curriculum Friday, getting his students to think critically about who they are and who they want to be.

Rockford, Minnesota school officials say the future is bright for students in the district that last year struggled with tough choices to make the budget work.

Mr. Nichols is on the front lines at Rockford High School as it introduces the International Baccalaureate Program.

The IB curriculum, as the name suggests, has a global focus, intended to develop well-rounded students who get to work on subjects they are passionate about. At the same time, it also encourages them to take an active role in the community.

"We want to instill our students with the skills they need in order to be successful, rather than the memorization we’re used to in more traditional education," explains Nichols.

Just 20 high schools in Minnesota have adopted the IB curriculum that provides graduating students with a great opportunity to earn credits that transfer to universities worldwide. 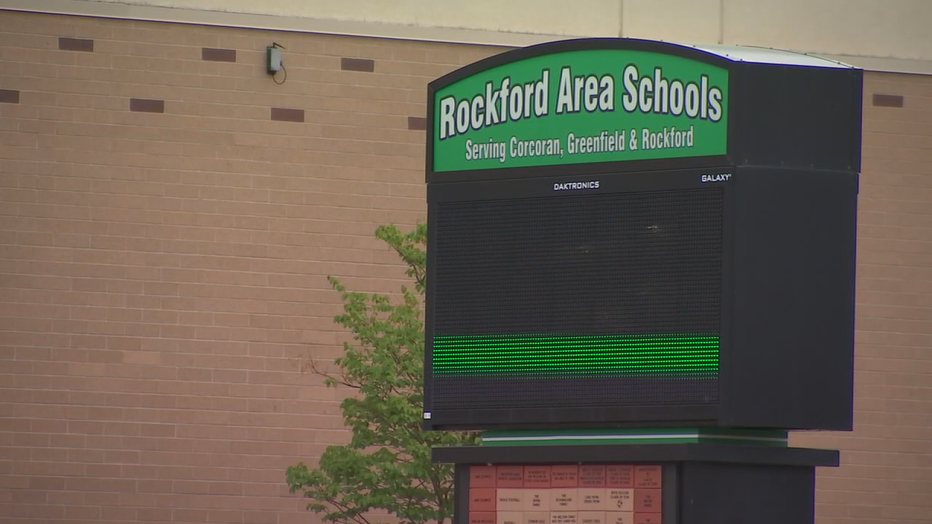 Outside Rockford Area Schools where fortunes have reversed since last year when officials faced a tough budget situation. (FOX 9)

Rockford is seeking to join that group at a pivotal time. Just last year, Superintendent Durand and his board were facing some difficult budget decisions, selling land to stave off deep cuts. They also discussed the real possibility of adopting a four-day school week, even consolidating with a neighboring district. But now, with the promise of the IB program drawing in new students and families, as well as a seven-year levy that taxpayers passed last November, Durand insists the future is bright for the small northwest Hennepin County district.

"We took it as a challenge and said we can either complain about the lack of resources and revenue and get into a cycle of cutting. Or we can just roll up our sleeves, get creative, and tap into the expertise of our staff, our board, and community, and figure this out," he said.

For the program's start, the district is taking advantage of a five-year, $2 million magnet grant on top of the levy. The program is just starting with ninth and tenth grade students this school year, but they hope to expand it school-wide in the future.