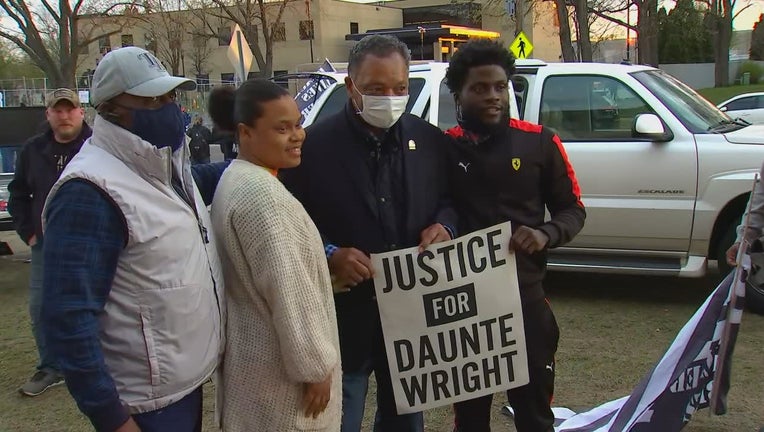 Jackson joined demonstrators as night seven of protests as the mood outside the Brooklyn Center Police Department seemed calmer that past nights.

Jackson met with some protesters as a barbeque was underway on Humboldt Avenue.

As of 8 p.m., law enforcement officials estimated around 200 protesters had assembled on Humboldt Avenue in Brooklyn Center.