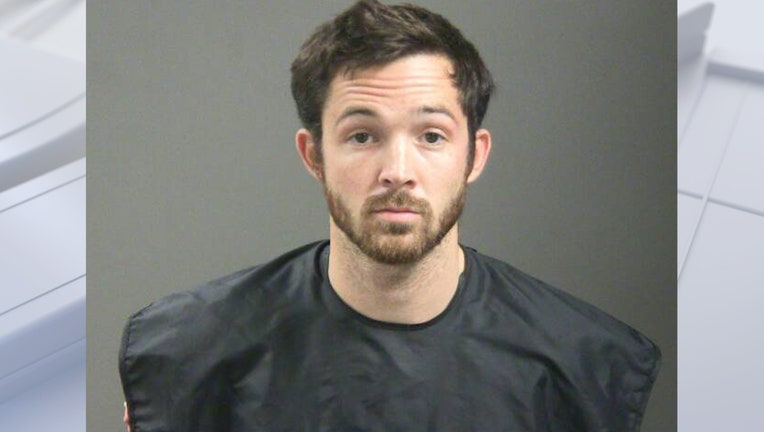 FAYETTEVILLE, Ark. - John Tyson, the Chief Financial Officer of Tyson Foods, is accused of getting drunk, entering a stranger’s house and passing out in a bed, according to local reports.

According to the Washington County Sheriff’s Office, he was arrested and charged on Nov. 6 with public intoxication and criminal trespassing. He was booked and later released from jail.

Fayetteville Police in Arkansas arrested the 32-year-old Sunday morning. A woman told authorities she returned home and found Tyson asleep in her bed.

"A college-age female was very alarmed that a male who she did not know was inside of her residence uninvited," according to a police report obtained by FOX Television Stations. The woman was able to identify the unresponsive Tyson through his ID found in his wallet.

"After briefly sitting up, Tyson laid back down and attempted to go to sleep," the police report continued. "There was an odor of intoxicants coming from Tyson's breath and person. Tyson's movements were sluggish and uncoordinated."

According to the company’s website, Tyson joined the company in 2019. He graduated from Harvard University and Stanford University Graduate School of Business. He’s also a fourth-generation member of the Tyson family.

"We’re aware of the incident and as this is a personal matter, we have no additional comment," the company said in a statement to FOX Television Stations.