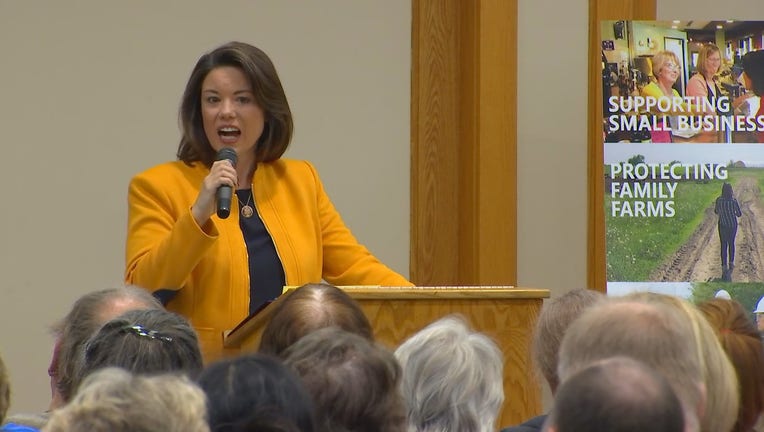 Congresswoman Angie Craig (D - Minnesota) held a town hall in Eagan, during which constituents asked her about the impeachment proceedings.

Back on Sept. 24, Craig joined other House Democrats in calling on Congress to open an impeachment inquiry against President Donald Trump.

Monday night, however, she told the room that the inquiry is only a small percent of what she is focusing on when she is in Washington, D.C. She pointed to a number of other issues she is working to solve.

When asked about impeachment, however, she did say that supporting it was never something she thought she was going to have to do and that it isn’t something she wanted to do. Craig went on to say that it’s important to just gather all the facts right now.

“The truth is, we just need to get to the bottom of what happened,” she said. “Particularly the call to a foreign leader to manipulate and interfere in the U.S. election. So we’ll see what the facts are. I’ve called for a fair and impartial process, and I want to keep an open mind as we go through the inquiry.”

Craig and other members of Congress return to Washington, D.C. tomorrow after a two-week break.