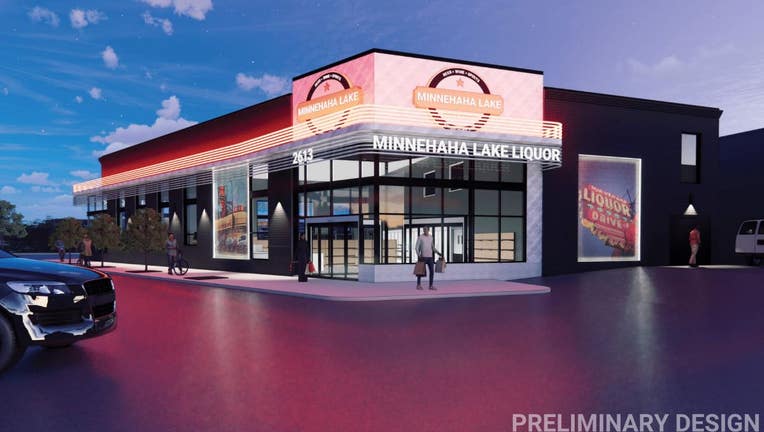 MINNEAPOLIS (FOX 9) - A rebuilt Minnehaha Lake Wine & Spirits was previewed in renderings from a developer this week as other Lake Street businesses received grant money to help rebuild.

Minnehaha Lake Wine & Spirits’ destruction during the riots following the death of George Floyd this summer was well-documented due to its proximity to Minneapolis Police Department’s Third Precinct, which was also destroyed during the riots. 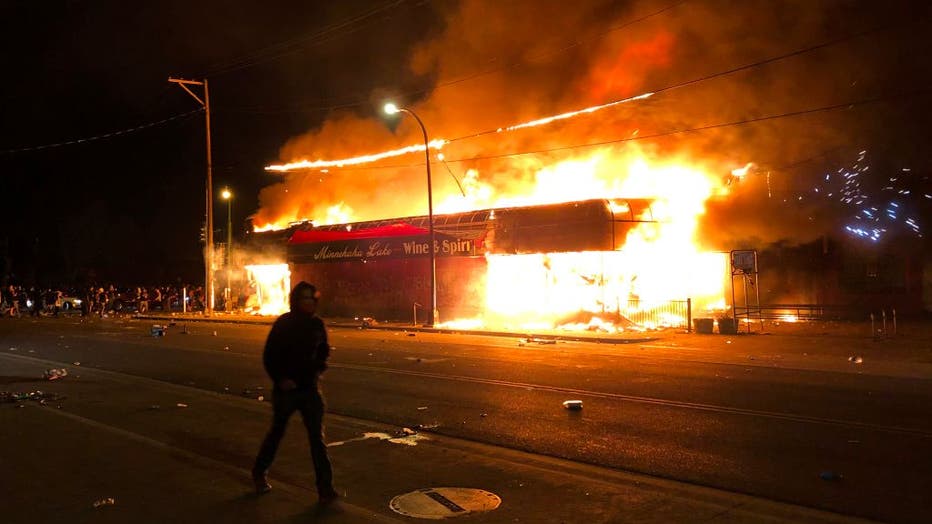 Flames rise from a liquor store near the Third Police Precinct on May 28, 2020 in Minneapolis, Minnesota, during a protest over the death of George Floyd, an unarmed black man, who died after a police officer kneeled on his neck for several minutes. ((Photo by Kerem Yucel / AFP) (Photo by KEREM YUCEL/AFP via Getty Images) / Getty Images)

Tuesday night, LSE Architects revealed renderings of what the new store will look like once it is rebuilt in the same location. The Longfellow Community Council hosted a virtual presentation and Q&A with the businesses’ owners Tuesday night.

As Minnehaha Lake Wine & Spirits announced its rebuild, the Lake Street Council also announced the first round of grant funding for 10 other Lake Street businesses Thursday.

Through the Healthy Lake Street Fund, the $750,000 in grant money will be distributed to businesses to "support reopenings, relocations, improvements and expansions," to "support community health," the council said in a release.

Totaled, $750,000 will be distributed to the following grant recipients: