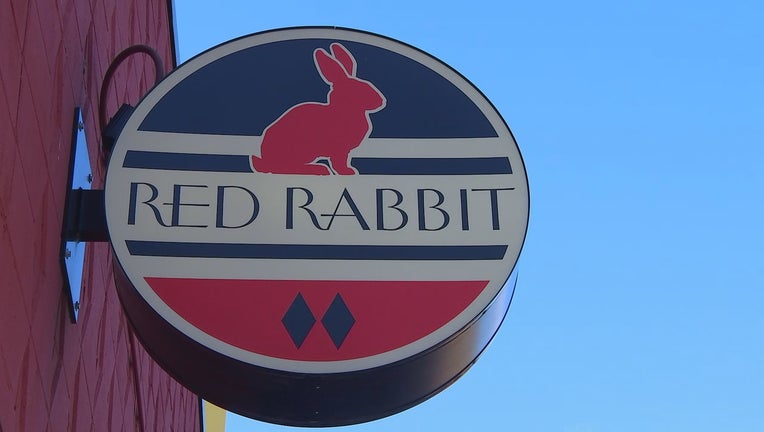 The pandemic has been tough for everyone and especially tough for the operators of the Red Rabbit in Minneapolis. (FOX 9)

MINNEAPOLIS, Minn. (FOX 9) - A new pause due to a spike in COVID-19 cases in Minnesota has many businesses saying goodbye on Friday, as restrictions take effect at the end of the night.

The executive order from Governor Tim Walz will close indoor dining at restaurants and bars in the state down for at least a month. For the Red Rabbit restaurant in Minneapolis' North Loop, the timing couldn't be any worse.

A new pause due to a spike in COVID-19 cases in Minnesota has many businesses saying goodbye on Friday, as restriction rules take effect at the end of the night.

"We’ll just keep on keeping on and adapting when we have to," said Red Rabbit Director of Finance Michael Giacomini.

For Red Rabbit, the first round of adaptations came when all restaurants and bars were forced to close to dine-in customers earlier in the year.

But they pushed on, maintained their carry-out business and in-door dining when allowed to reopen again. That is until August 21, when a hood fire in the kitchen forced them to again adapt to all that 2020 was throwing their way.

"It was kind of funny because it was like, oh now a fire," said Giacomini.

For the next two months, investigators and contractors were inside. This week, they got the green light to reopen.

"On Monday, we brought in our whole staff and our whole staff was in here with us, cleaning and organizing and putting stuff away just to be opened on Tuesday," said Giacomini.

But as things were looking up, this week they learned they would have to again close their doors to dine-in guests.

"It comes at a horrible cost," said Governor Walz. "There is an economic cost that comes with these decisions. There is also mental health that comes for all of us."

In a year that has been anything but smooth, Giacomini says all they can do is keep a positive attitude and pivot -- just as they did in the spring.

"We're just ready to open up tomorrow at 11 a.m.," said Giacomini. "Still our brand, still the red cow and Red Rabbit way but with slightly different offerings because with carry out only you have to."