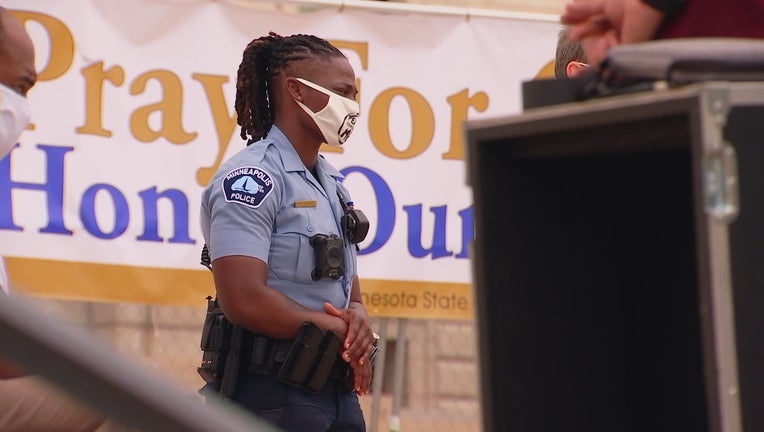 ST. PAUL, Minn. (FOX 9) - It was a busy afternoon at the Minnesota State Capitol on Saturday as the steps became host to a number of different rallies, each focused on pandemic heroes to urging people to vote.

In a matter of hours the steps of the Capitol transformed to host two different groups of people. The first was a rally to honor those unsung heroes fighting for us during this pandemic and the second was a Get Out The Vote effort ahead of Tuesday's primary.

It was a busy afternoon at the Minnesota State Capitol on Saturday, as the steps became host to a number of different rallies, focused on pandemic heroes to urging people to vote.

Cheers and appreciation let out as the first crowd took to the steps of the capitol. The rally organized by the Minnesota Coalition to Appreciate our First Responders aimed to do just that: Show appreciation for our first responders on the front lines of the fight against COVID-19 - - alongside the nurses, law enforcement, veterans, and teachers.

"To all the courageous, loving, and wonderful teachers out there," said May Xiong. "I know we will conquer this crisis together. To all the students out there: Keep learning, keep reading, be safe and we shall get through this."

A second rally followed the ceremony, organized in conjunction with Black Women Rising to help get out the vote ahead of the primary on Tuesday.

"We have so many diverse candidates that are running historic races right now and we have a group of people here saying that we need political representation, leadership that is in alignment with our values right," said Minneapolis NCAAP Vice President Anika Bowie.

From a host of speakers and artists, the goal of the second rally was to bring people to the polls for an election they say follows months of demands the community would like to see met.