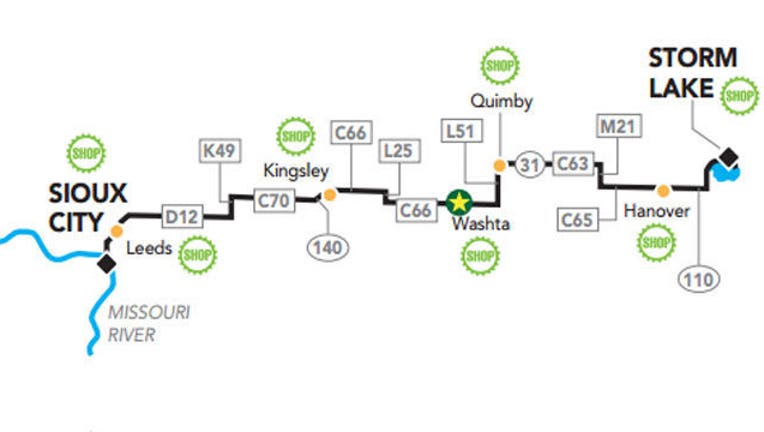 A Hudson, Wisconsin couple participating in the RAGBRAI bike ride across Iowa were struck by a drunk driver early Sunday morning. According to police, Bruce and Barbara Blair were riding a tandem bike in the Register's Annual Great Bike Ride Across Iowa (RAGBRAI) when they were hit by a car near Sioux City.

Police said 36-year-old Charryse Chavez drove through an intersection, ignoring a traffic control officer, before hitting the couple’s bike. Chavez was arrested about a block away from the crash scene and has been charged with a second offense of operating while intoxicated, failure to obey a police officer and driving without insurance.

Barbara Blair was treated and released from the hospital and Bruce Blair was in stable condition Tuesday.