A leaked draft opinion from the Supreme Court pointing toward the court overruling the major abortion rights case Roe versus Wade, published in a bombshell report by Politico, has Governor Walz promising Minnesota won't face an abortion ban under his leadership.

The leak, reported by Politico, revealed a draft opinion penned by Justice Samuel Alito on why Roe v. Wade and Planned Parenthood v. Casey should be overturned. Tuesday, the Supreme Court confirmed the draft opinion was real. But, it's important to note that the draft is reportedly from February and votes and opinions can change. A Supreme Court decision isn't official until released by the court.

Kirsten Brekke Albright has been advocating for a woman’s right to choose for years. She says she woke up on Tuesday morning and knew she needed to continue the fight.

She joined hundreds in front of the Federal Courthouse in Minneapolis to protest after the Supreme Court’s draft opinion regarding Roe v. Wade was leaked. 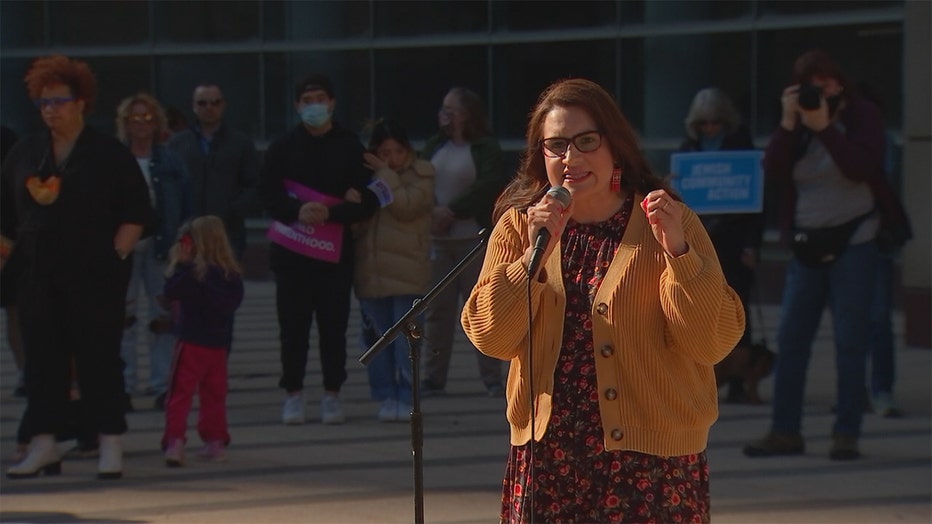 Wisconsin still has a state law on the books that would ban abortions almost entirely. Abortion would remain legal in Iowa, but there’s been talk about filing a constitutional amendment to change that.

RELATED: Here's what will happen to Minnesota abortion rights if Roe v. Wade is overturned

"You can have the right to abortion, but that doesn’t guarantee access to abortion," said Jess Braverman, the legal director at Gender Justice.

Braverman tells Fox 9 if Roe v. Wade is overturned, more women from across the Midwest could end up traveling to Minnesota for care they can’t get in their home states.

"I do think that people are going to be looking for access to health care that they should be able to get in their home state, but can’t because it’s been so politicized and it’s been banned," said Braverman.

FOX 9 reached out to the pro-life group Minnesota Citizens Concerned for Life, who said they currently have no plans for rallies in the Twin Cities. 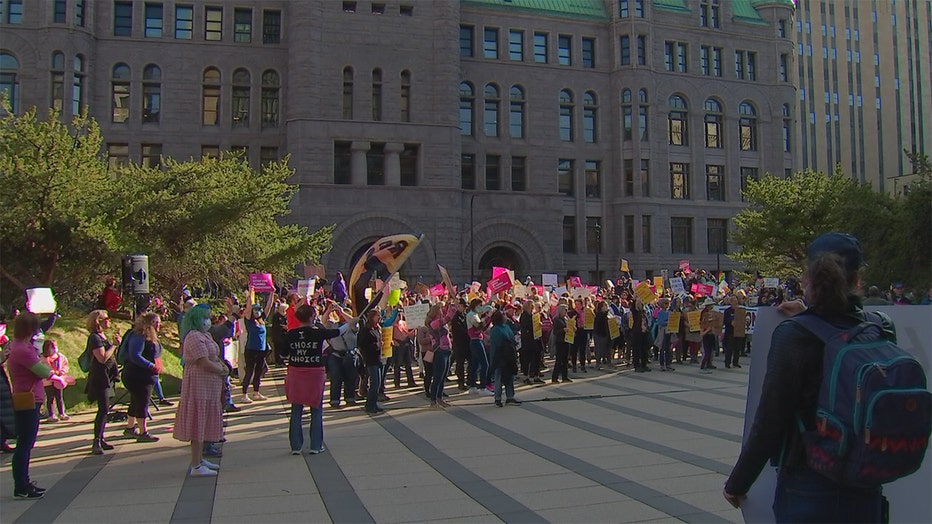 They also issued the following statement on the leaked draft opinion:

Despite what some have said, the leaked opinion in the Dobbs v. Jackson case is only a draft and not an actual ruling of the Supreme Court. Nevertheless, we are very hopeful that, when the Court does hand down its official decision, it will overturn Roe v. Wade and allow states the freedom to protect the human rights of unborn children.

Overturning Roe would be a huge step in the right direction—one that so many of us have dedicated so much time and effort to achieving. But make no mistake: There are many more steps to take. In Minnesota, a 1995 state court ruling called Doe v. Gomez would continue to require abortion-on-demand even if Roe v. Wade is overturned. The pro-life community in Minnesota will keep working—harder than ever—to protect unborn children and support their mothers.