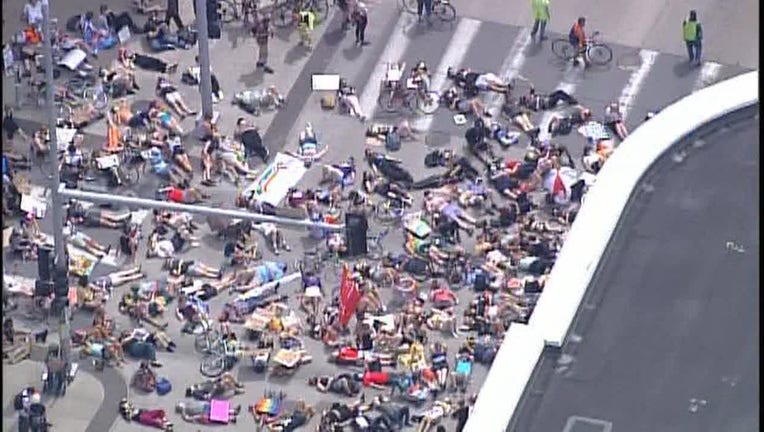 For the last four years, Twin Cities Coalition for Justice 4 Jamar has demonstrated during Pride weekend. Though the Pride Parade is canceled, protesters used the noteworthy weekend to make the following four demands: justice for George Floyd, defend black trans people, community control of police and free all political prisoners. 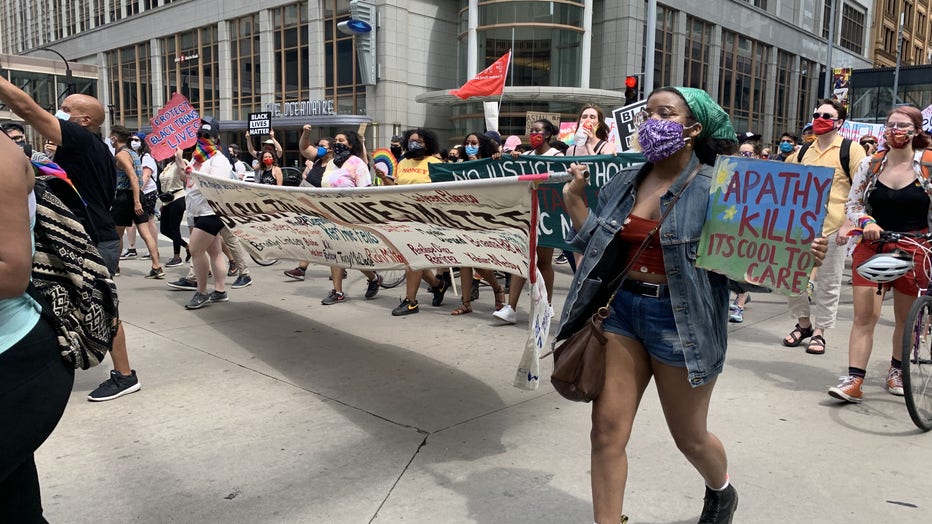 The protest began at 11 a.m. at 4th Street and Hennepin Avenue downtown.

"After the murder of George Floyd by the MPD on May 25th, TCC4J knew that the pride protests must continue," organizers wrote in a release. "We demand action after the lynchings of Black people across the U.S. and in particular of trans Black folks by white supremacists, vigilantes, and police."

Protesters gathered in Minneapolis Sunday to voice their message during the annual Twin Cities Pride weekend.

The protest has been endorsed by several local organizations including the Anti-War Committee, Black Lives Matter Minnesota, Communities United Against Police Brutality and more.