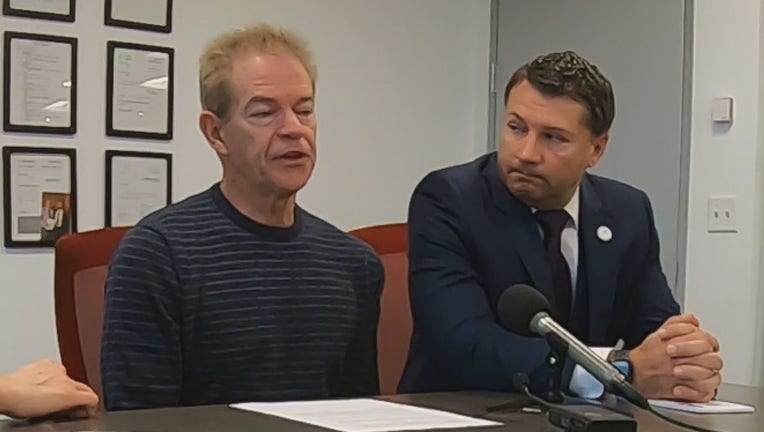 After two trials over alleged criminal sexual conduct 30 years ago yielded no convictions, charges against Rocky O'Neill have now been dropped. (FOX 9)

The case, involving a teenage girl, dates back 30 years and now, the accused coach is speaking out.

The coach, Rocky O'Neill, was accused of criminal sexual conduct for a relationship with an athlete 30 years ago, but after two trials and two hung juries, the county is no longer pressing charges.

“To be fair, the relationship I had 30 years ago was inappropriate,” said Rocky O’Neill, the once-accused swim coach.

He acknowledged that he had a sexual relationship with a teenage swimmer of his 30 years ago, but at the time, O’Neill insisted she was of age and he considered it consensual.

“There’s a big difference between inappropriate conduct and criminal conduct,” O’Neill said. “For much of this time, I feel like that point was lost in the process.”

About one year ago, Dakota County prosecutors filed criminal sex charges against O’Neill that could have sent him to prison. A national nonprofit organization tasked with investigating and preventing sexual abuse within youth and amateur sports received a report alleging the decades-old abuse.

The case was forwarded to the Burnsville Police Department.

Documents show investigators had the alleged victim record a phone conversation with O’Neill where he appeared to admit that she was 17 and he was 31, saying, “It was just not a good situation for you.”

That conversation was played in court at trial, according to O’Neill’s attorney Ryan Pacyga.

Pacyga and his wife defended O’Neill during his second trial on the same 30-year-old sex charges. They say a Dakota County jury deadlocked 11 to 1 to acquit just days ago. They insist it’s critical that the accused be heard and were relieved to learn Tuesday there would not be a third trial.

“Once the accusations came out, my name was dragged through the mud and the question now is, after being vindicated, how do I get my name back? How do I get my career back?” asked O’Neill.

We have concluded at this time to dismiss these criminal charges and will not pursue a third trial of Mr. O’Neill on the evidence currently available to us in this case. It is rare that a jury is unable to reach a verdict in a criminal case, but it does occasionally occur. I want to commend the woman for her courage in talking about these extremely difficult circumstances after so many years and assisting us in two separate criminal trials, which is never easy in cases of this nature.