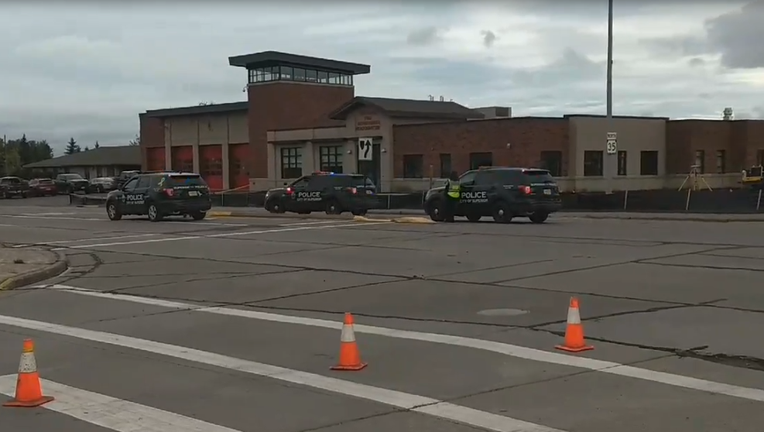 The mayor of Superior, Wisconsin is warning residents to stay away from the new fire hall due to a credible bomb threat. (FOX 21 / FOX 9 Minneapolis-St. Paul)

SUPERIOR, Wis. (FOX 9) - Experts determined a possible homemade explosive found in front of the new fire hall in Superior, Wisconsin was inactive and incapable of explosing, according to the Superior Police Department.

Police said the device was found on the 300 block of Tower Avenue just north of the New Superior Fire Department Headquarters around 9:13 a.m. The fire hall was evacuated.

Around 10 a.m., Mayor Jim Paine was the first to alert residents to the incident, calling it a “credible bomb threat” in a Facebook post.

"Scary start to October, I know, but we should be back to regular business soon," Paine said.

The object will be sent to the Wisconsin Crime Lab for analysis.