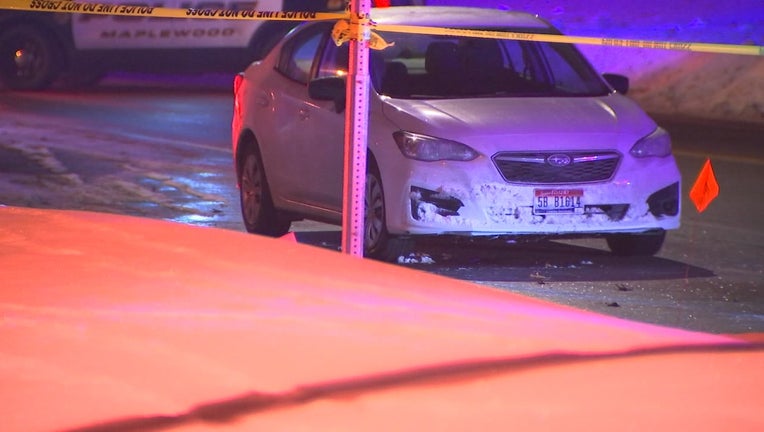 A woman is dead after police believe she was struck by a car in Maplewood, Minnesota following a possible dispute overnight Sunday. (FOX 9)

MAPLEWOOD, Minn. (FOX 9) - A woman is dead after a crash following a possible dispute in Maplewood, Minnesota overnight Sunday.

At 12:43 a.m., authorities responded to the area of Londin Lane and Crestview Drive on a report that a vehicle had struck a woman, according to the Maplewood Police Department.

When authorities arrived, they found the victim lying in the roadway. She was pronounced deceased at the scene.

A woman is dead after a crash following a possible dispute in Maplewood, Minnesota overnight Sunday.

Police believe a dispute may have taken place before the crash.

During the course of the investigation, police arrested a 21 year-old St. Paul woman. She was booked on a charge of 2nd degree murder.

The victim has been identified as 28-year-old Alejandra Cervantes of St. Paul.

The Minnesota Bureau of Criminal Apprehension is assisting with the investigation.