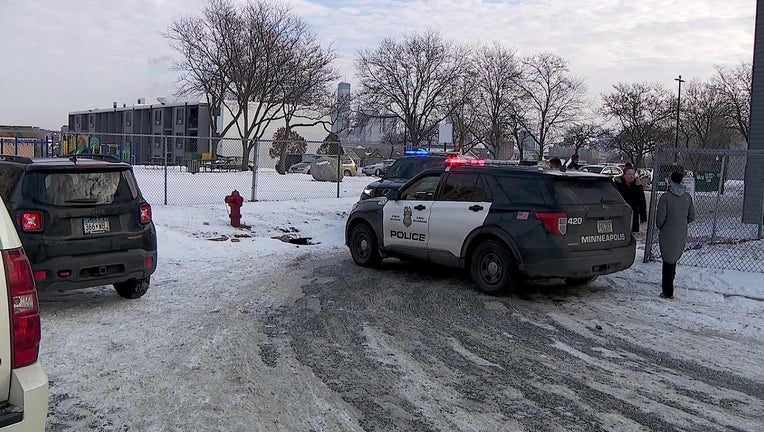 MINNEAPOLIS (FOX 9) - A shooting in Minneapolis on Thursday left one woman dead and police searching for a suspect.

Officers were called around 12:30 p.m. for the reported shooting at an apartment complex on Banneker Avenue North, which is off Humboldt Avenue at North 11th Avenue, in Minneapolis' Near North neighborhood.

At the scene, officers found a woman in her 20s who had been shot and was mortally wounded. First responders tried to save the victim but said she was ultimately pronounced dead at the scene. The shooting is now under investigation by Minneapolis police. The victim has not yet been identified.

Police were not able to detail the circumstances that led up to the shooting, but say there doesn't appear to be a lingering threat to the community.

No suspects are in custody. Anyone with information on the shooting is asked to call CrimeStoppers at 1-800-222-TIPS (8477) or submit tips online.