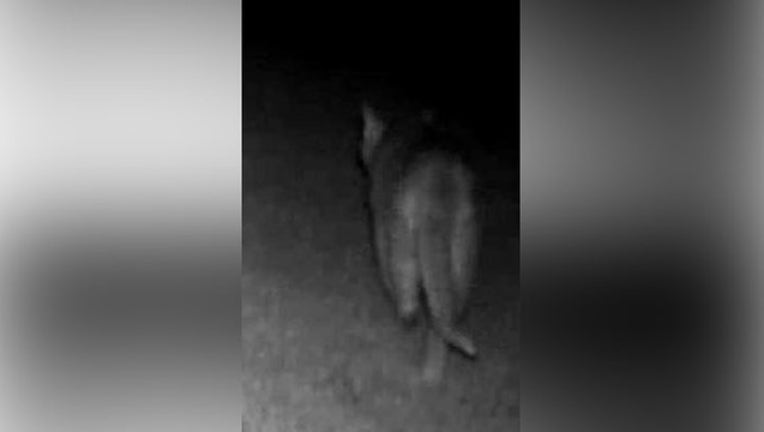 Elk River police received a report of a potential cougar sighting on an outdoor security camera on the west side of the city. Photo Courtesy: Elk River Police Department

ELK RIVER, Minn. (FOX 9) - Officials are warning residents in Elk River, Minnesota to be on the lookout after a reported cougar sighting in the city.

According to Elk River Police, a home security camera on the city's west side captured images of what appears to be a cougar.

Authorities notified conservation officers, but are also telling residents to be aware of their surroundings. A DNR official told FOX 9 since it's difficult to tell how large the animal is in the photo, it will be very difficult to verify with certainty that it is a cougar.

"Cougar sightings in Minnesota are rare, but not unheard of. If you think you've seen a cougar, contact a local wildlife officer or conservation officer with photos or video footage," officials wrote on Twitter.

According to the Minnesota Department of Natural Resources, cougar sightings are extremely rare and are often a case of mistaken identity. Because of that rarity, the DNR is interested in gathering information that can be verified by photos or physical evidence of a cougar sighting.

For more information on cougars in Minnesota, click here.