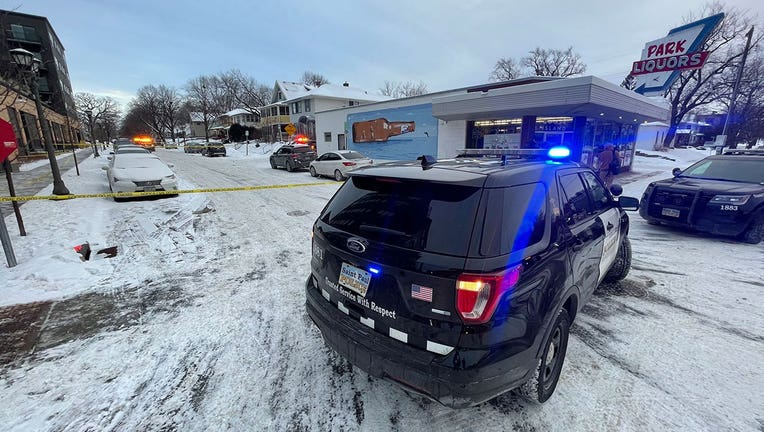 ST. PAUL, Minn. (FOX 9) - A liquor store worker in St. Paul was injured on Sunday after being shot by a customer suspected of shoplifting, police say.

Officers were called out around 3:45 p.m. on Sunday to Park Liquors at Snelling Avenue and Hague Avenue for the report of the shooting.

A liquor store worker in St. Paul was injured on Sunday after being shot by a customer suspected of shoplifting, police say.

At the scene, they found the worker, a man in his early 20s, with two gunshot wounds to his stomach. The victim was transported to the hospital for treatment, where police say he is listed as "stable."

Witnesses told officers the employee had confronted a shoplifter who was leaving the store when the shoplifter pulled a gun and opened fire.

A friend of the owner told FOX 9 the suspect made off with a six-pack of beer.

"That makes me really sad," said neighbor Tiara Carlson. "I hope the guy is ok. I think rule of thumb someone's life is never worth any product."

"I've worked retail myself," she added. "I have confronted shoplifters myself and things can get aggressive. So lesson learned from that. I hope he's ok. That's what I care about the most."
The incident is under investigation and the search for the suspect is ongoing.

The shooting Sunday is similar to an incident nearly a month ago in St. Paul when another customer was shot and killed by a man suspected of shoplifting at another liquor.