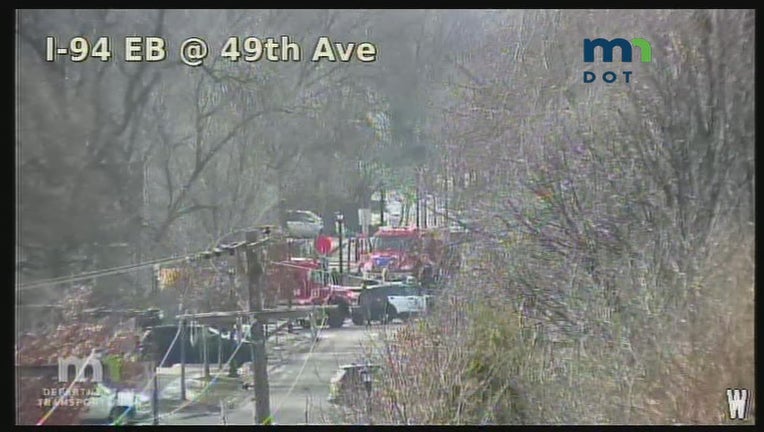 Two men were hospitalized after a crash Sunday afternoon in Minneapolis.

MINNEAPOLIS (FOX 9) - Two men were hospitalized after emergency crews saved them from a burning vehicle Sunday afternoon in Minneapolis.

Police say "excessive speed" may have been a factor in the crash.

According to a Minneapolis Police spokesperson, paramedics, police and fire crews responded to a single-car rollover crash near 49th Street and Bryant Avenue North around 2:45 p.m.

Police say the car was on fire and two people were trapped inside. Fire crews extinguished the blaze and extricated the two occupants.

Both men are at North Memorial Medical Center and are expected to survive their injuries.