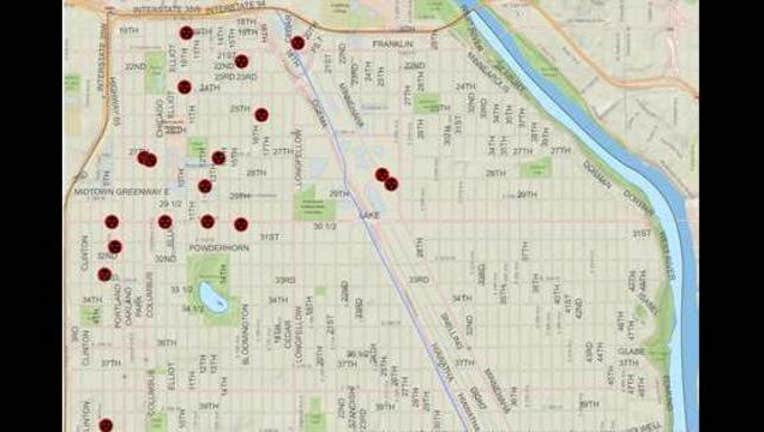 MINNEAPOLIS (KMSP) - Minneapolis police are increasing patrols in the third precinct  after a string of 17 robberies in just one week near Powderhorn Park.

Officers remind residents and visitors to be aware of their surroundings, be alert to nearby activity including loitering and to avoid secluded areas at night. People should also use safe and direct routes and carry their keys and money in their pockets.

Police also say to cooperate with the robber and to remain calm, taking note of the individual’s appearance and mannerisms.