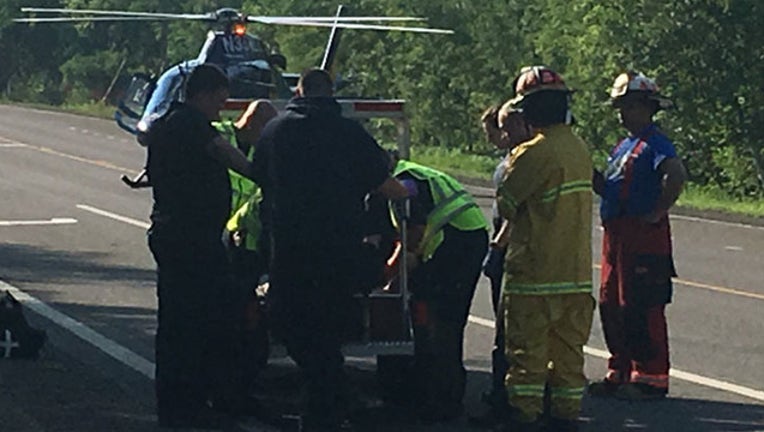 A 26-year-old Duluth, Minnesota man was rescued from the Genoa Mine Pit near Gilbert after he jumped off a 50-foot cliff and hit a rock, injuring both of his legs. (Photo credit: Northland FireWire)

GILBERT, Minn. (FOX 9) - Bystanders used an inner tube to rescue a Duluth man after he jumped off a cliff into a mine pit in northern Minnesota, injuring both his legs.

According to the Gilbert Police Department, Aaron Alan Horn, 26, jumped of a 50-foot cliff and hit a rock below at the Genoa Pit Mine near Gilbert. He suffered severe trauma to both his legs.

Bystanders brought Horn back to shore using an inner tube.

Police said Horn’s rescue was “hampered due to the remote location of the incident” and they eventually airlifted him out of the area.

The Genoa Mine Pit is private property. Police said they would be issuing trespassing citations.