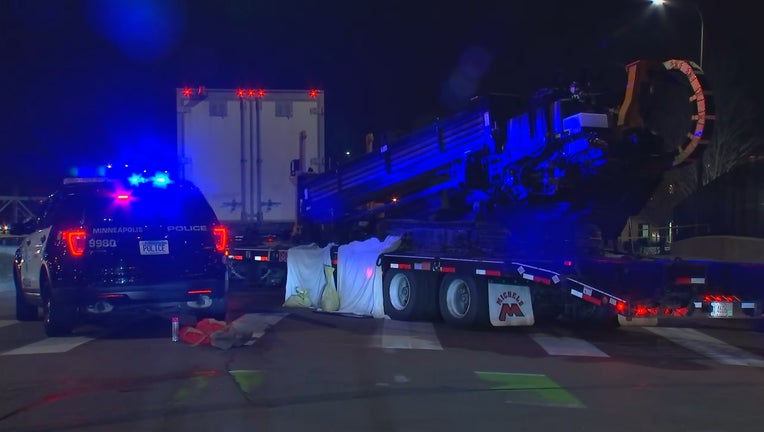 Minneapolis police are investigating a fatal crash between a semi truck and a cyclist. (FOX 9)

MINNEAPOLIS (FOX 9) - A bicyclist was killed after they were hit by a semi truck with a trailer near downtown Minneapolis Wednesday afternoon, according to police.

The crash happened around 4:15 p.m. occurred near the intersection of N 12th Street and Linden Avenue.

Truck kills a bicyclist in Minneapolis

Police responded after a truck struck and killed a bicyclist just southwest of downtown Minneapolis Wednesday.

According to Minneapolis police, a construction truck with a trailer was heading south on N12th Street and was taking a right turn on a red light when the crash happened. Officers believe the cyclist was headed in the same direction.

The cyclist died at the scene. The truck driver is cooperating with police.

The case remains under investigation. The Hennepin County Medical Examiner's Office will release the identity at a later time.