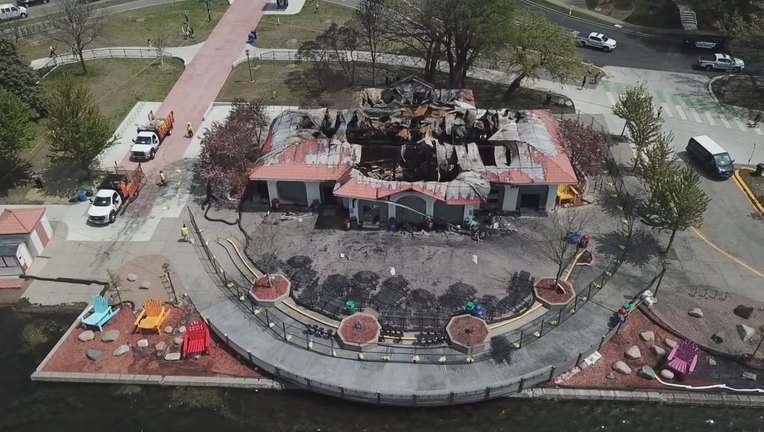 MINNEAPOLIS (FOX 9) - Improvements are underway to the former site of the Bde Maka Ska pavilion, which was destroyed in a fire in May, according to the Minneapolis Park and Recreation Board.

The fire started after a man dumped hot hookah embers in a trash can near the pavilion, according to court documents. A 23-year-old man was charged with one felony count of negligent fire. The pavilion, which housed Lola on the Lake restaurant, had to be demolished due to the damage.

Since the fire, the Park Board has been working to bring back basic services to the site for the short-term while a long-term plan is made.

Monday, workers will begin an asphalt-paving project to cap the site. Prep work began earlier this week. The fence will continue to surround the site until Sept. 16.

Crews have already restored electrical service for the Minneapolis Sailing Center and Wheel Fun. Late last month, they also installed an electrical hookup for food trucks, which had been running on generators.

In October, the Park Board is also planning to install an ADA-accessible drinking fountain with a pet fountain.

Officials say it was hard getting contractors to bid on the planned projects due to an "extremely tight" construction market.

Construction for a new building may not start until 2021.