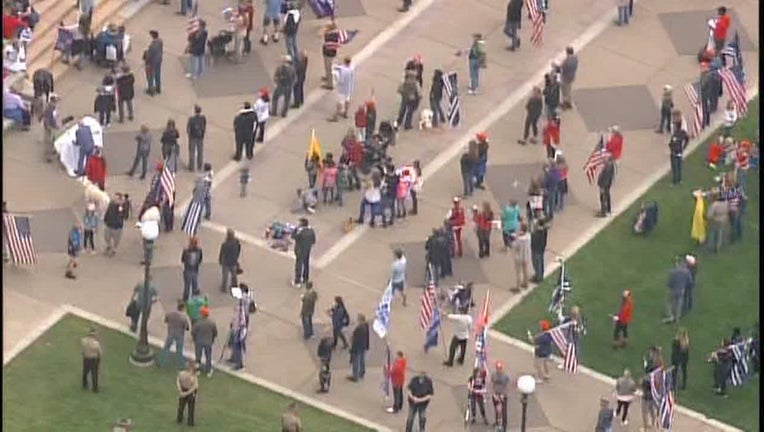 The United We Stand rally was held at the capitol's steps on Saturday. (FOX 9)

MINNEAPOLIS (FOX 9) - A march that made its way to the Minnesota State Capitol brought together self-described patriots to take a stand against Governor Walz's COVID-19 emergency order.

The "United We Stand" rally and Patriots March 2020 started Saturday morning at Cathedral Hill Park on Summit Avenue before moving to the capitol. Marchers carried flags showing support for first responders along with President Trump.

Organizers say the purpose of the rally was to let the voices of the "silent majority" be heard. A number of guest speakers were featured at the rally that lasted several hours.

The event was mostly peaceful despite some tense moments involving a counterprotest also going on at the capitol grounds.