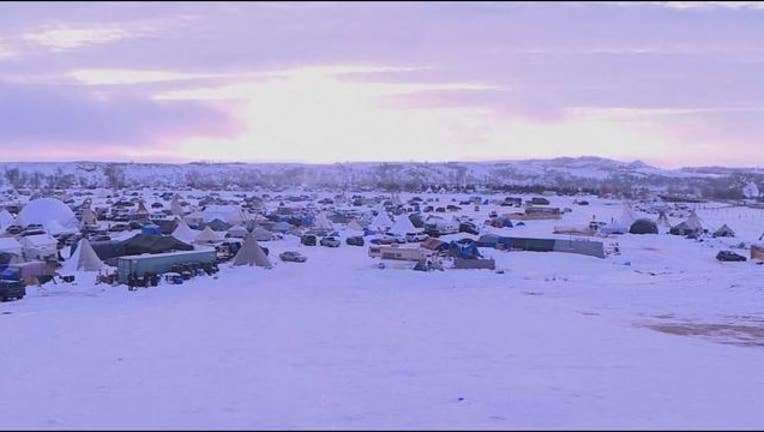 The group, which has been protesting the pipeline’s route through land near the Standing Rock Reservation for months, was told by Morton County sheriff’s deputies that they were trespassing on private property and needed to leave immediately. The protesters were reportedly given a period of time to start dismantling the camp, but refused to leave, according to a news release.

Around 3:30 p.m. on Wednesday, law enforcement officials made moves to evict the protesters, but the protesters reportedly tried to block their way to the trail leading to the camp. Officers began to make arrests and the camp was cleared by approximately 4:00 p.m.

Representatives from the Standing Rock Sioux Tribe coordinated with the sheriff’s office to collect their teepee hides from the camp site and return them to the reservation.

“The goal is still to continue working with Tribal officials and protest camp leaders to clear and clean the main camps before flooding happens and for protesters to leave the area,” the Morton County sheriff’s office said in a statement.

696 arrests have been made at the camp since August.

Last week, President Donald Trump signaled his intent to allow the Dakota Access Pipeline to move forward when he signed a series of executive orders on energy and infrastructure.

The pipeline is more than 90 percent complete, save for a segment that would go under the Missouri River.

Construction was put on hold by the Obama Administration while the project underwent an additional environmental review.