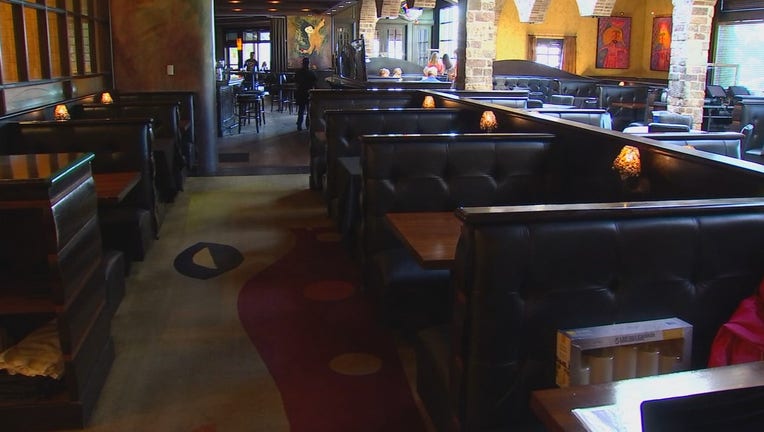 (FOX 9) - The outlook for many Minnesota restaurants has improved from a few months ago, but many other continue to struggle due to tight margins and dwindling cash reserves.

At Bacio, in Minnetonka, things are starting to feel a little bit more like how they were pre-pandemic. Mike Zinser, the executive chef, said his Italian restaurant is a way for the community to come together and find some normalcy.

Outlook improving for some Minnesota restaurants but not for others

The outlook for many Minnesota restaurants has improved from a few months ago, but many other continue to struggle due to tight margins and dwindling cash reserves.

Bacio is thankful for its patio business which opened last month and eventually its dining room, which is operating at 50 percent capacity.

“We’ve had to adapt and adjust just like every other restaurant that’s going through this pandemic,” said Zinser.

Zinser says Bacio is doing about 25 percent less business than normal, but knows they are some of the lucky ones.

“I have a lot of chef friends downtown and downtown is really hurting right now because there’s no events, no sports,” said Zinser.

Restaurant owners say those doing the best are depending on faithful patrons. Those hurting the most seem to be closest to venues closed because of COVID-19.

“Only; about half of those who responded say they probably could make it six months so very concerned about this next half of the year,” said Ben Wogsland, the director of government relations for Hospitality Minnesota.

Hospitality Minnesota says many restaurants are seeing their cash reserves run out and fear it could be their undoing if things stay the way they are.

“They’re in survival mode, many of the operators I’ve talked to are planning on a two-week basis,” said Wogsland.

The push will be to eventually bring more people inside dining rooms.

“Our hope is that we can keep Minnesota numbers low in terms of transmission and hopefully be able to turn the dial and expand the capacity as we move forward,” Wogsland added.